Actor Darsheel Safary, who won acclaim with a heart-warming debut performance in Taare Zameen Par, has signed a psychological thriller titled Tibba. The film is produced by Content Engineers and Dancing Shiva Films and will be directed by Gaurav Khati. While Tibba is now under production, Content Engineers and Dancing Shiva have signed Darsheel Safary for two more films that are in the development stage. 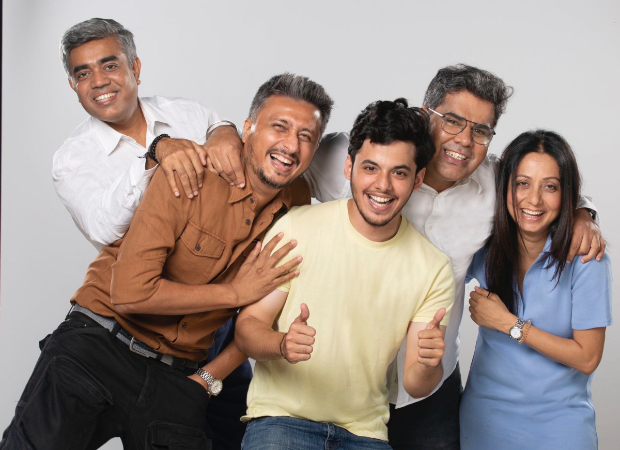 Confirming the news, Utpaal Acharya, CEO, Content Engineers said, “The Film Industry needs young talent and Darsheel fits the bill in every possible manner. He is not only a very good actor but has transformed into a handsome young man. We are happy to have signed him for two more films that will see his different shades in different genres.”

Ritesh Kudecha of Dancing Shiva Films exclaims, “Tibba is an intriguing story and Gaurav, as a director is a talent to watch out for. We are happy that Darsheel came on board to play the protagonist. He is a wonderful actor, and we are hopeful of making a film that will be path-breaking in the genre of psychological thrillers.”

"I was waiting for the right script for a while, and I sincerely believe that the psychological thriller ‘Tibba is a project that will help satiate the creative hunger within me. I am happy that the team of Content Engineers & Dancing Shiva Films are open to experimenting and exploring out-of-the-box stories and scripts. These unique disruptive ideas will excite youth and families, all across the globe!” adds Darsheel.

Produced by Dr Raj Khaware, Pranay Chokshi, Saurabh Varma, Anuya Chauhan Kudecha, Utpaal Acharya and Ritesh Kudecha, the two production houses also intend to invest energies in creating in NFT and the Metaverse for Darsheel Safary targeting youth and the Gen Z from across the world.