It has been a couple of days since Akshay Kumar’s newest outing Bell Bottom was announced. While the title has been intriguing indeed and takes one right back into the 70s and the early 80s, the fact that it is indeed a period affair with Akshay Kumar in a suave avatar, his swag next to an flashy Impala no less and an airplane up there in the sky only adds on to the retro touch. 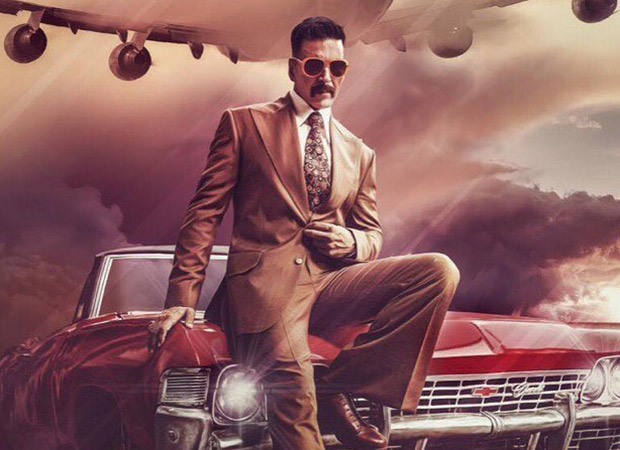 There is a catch though. A namesake Kannada film was released earlier this year and that too was set in the 80s. A crime comedy, it is said to be the inspiration for the production coming from the house of Emmay Entertainment and Pooja Films, something that the people behind the film have totally denied.

“Just because the title is similar doesn’t mean that the two films are similar as well,” says our source, “Akshay’s film has absolutely nothing to do with the Kannada film. That film was about a constable with a detective mindset who manages to solve a murder mystery. On the other hand, the Hindi film which is being helmed by director Ranjit Tiwari is in a spy thriller zone. Of course, it is too early to reveal anything more about it since the film is more than a year away. However, all talks of any similarities whatsoever need to be shut down for good.”

This can well be evidenced from the fact that Bell Bottom is slated for release in the week when Republic Day, 2021, falls and hence it is also quite obvious that Akshay would most certainly bring in a patriotic flavour to the film as well. Not difficult for the team of Bell Bottom though since the film is based on true events that had taken place in the early 80s, hence ensuring that ‘deshbhakti’ element would come in this time around as well.

Our source further added, “It’s a completely original film based on true incidents that took place in the early 80s. In fact a vast amount of research has gone into the incident in question that had international ramifications and which set a standard for the way India would handle its security henceforth.”

Well, this more than just drops a hint or two about what Bell Bottom has to offer. Considering everyone at Emmay Entertainment (Nikkhil Advani, Monisha Advani, Madhu Bhojwani) and Pooja Films (Vashu Bhagnani, Jackky Bhagnani, Deepshikha Deshmukh) are keeping all cards close to their chest currently and Akshay Kumar is yet to begin shooting for the film, guess audiences would have to wait to see what really happens when the real plot unfolds.

Also Read: EXCLUSIVE: NOT Kareena Kapoor Khan but THIS ACTRESS will play the role of Akshay Kumar’s wife in Good Newwz!