With a million people having tested positive for Coronavirus and over 60,000 people dead across the world, mankind is getting together to fight this virus. The first case of Coronavirus was confirmed in India in the last week of January. However, it was only a few weeks later, it hit India once again and the cases have since been on the rise. To break the chain of the virus, PM Narendra Modi announced a nationwide lockdown for three weeks that commenced on March 25. The lockdown had a huge economic impact on several sectors especially the daily wage workers. 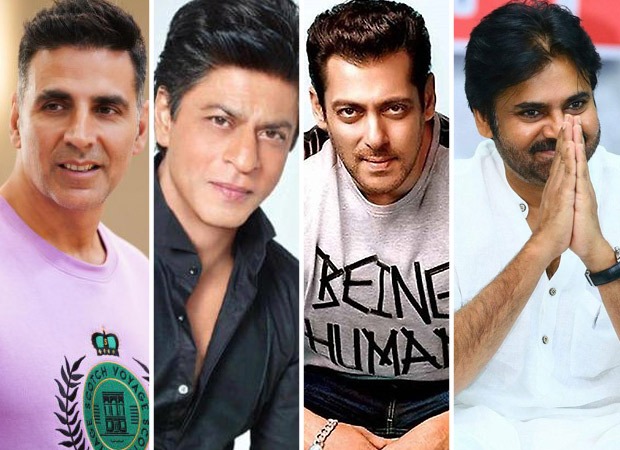 Here’s looking at the contributions made by film celebrities from across India in this time of crisis.

(NOTE: The list is in no particular order of preference. Every contribution is a positive step in the right direction.)

Akshay Kumar was the first Bollywood actor to make a massive contribution to the PM-CARES Fund. The actor took to his social media to announce that he has made a contribution of Rs. 25 crores from his personal savings. Apart from that, Akshay Kumar who enjoys a massive fan following has been making use of his social media platform to reach out to people urging them to stay at home and practice social distancing to break the chain of the virus.

Salman Khan is known to be a silent giver. The actor who runs the ‘Being Human Foundation’ has always been at the forefront to help people in need. When the lockdown was imposed, it directly affected the livelihood of daily wage cine workers. Salman Khan came out in support of 25,000 workers and their families and has been funding for all their essential needs. Federation of Western Indian Cine Employees confirmed the same and said that Salman was the first member from the industry to approach them to provide financial assistance to the members who are facing very tough times due to the lockdown. Salman's father Salim Khan also revealed that the family is looking after the meals of people in their building and his security guards. A member of the film Radhe had also revealed that despite the shoots coming to a halt, Salman Khan has paid the salaries of all the members in advance.

The actor has donated to Prime Minister Narendra Modi’s PM-Cares fund, Maharashtra chief minister’s relief fund as well as film workers’ association and a few NGOs. The actor has also donated to the daily wage workers of his upcoming film Laal Singh Chaddha the shooting of which was suspended due to the coronavirus pandemic. He has already transferred the funds and has chosen not to go public with it.

Amitabh Bachchan has pledged a monthly ration to support 1,00,000 households of daily wage workers belonging to the All India Film Employees Confederation amid the Coronavirus pandemic. The initiative will be supported by Sony Pictures Networks India and Kalyan Jewellers.

Hrithik Roshan marked his contribution by providing the Government of Maharashtra with a generous amount, which a highly placed source revealed to be Rs. 20 lakhs, to procure preventive masks and other requirements for them.

The actor who has been winning hearts and National Award for his performance has pledged to donate Rs. 1 crore to the PM-CARES Fund and Maharashtra CM Relief Fund.

The actor who has been enjoying a massive fan following in the past one year donated Rs. 1 crore to the PM-CARES Fund. While announcing his contribution, the actor wrote, “Whatever I am, whatever money I’ve earned, is only because of the people of India.”

The actor who is popular among the youth has been appealing to people to stay at home and abide by the rules to break the chain. He even made a rap song highlighting the importance of staying at home and maintaining personal hygiene. Apart from this, the actor has done his bit by contributing Rs. 30 lakhs to the PM-CARES FUND and Rs. 25 lakhs to Maharashtra CM Fund.

Rakul Preet Singh has decided to help over 200 -250 families living in a slum close to her Gurgaon home. Her family will be preparing and sending home-cooked food to these families. They are currently sending two meals a day and will continue even if the lockdown period extends.

Actor and comedian Kapil Sharma stood up for the nation and donated a sum of Rs 50 lakhs to the PM-CARES Fund.

Bhushan Kumar, the head honcho of T-Series which has been behind several hit Bollywood films and music, donated Rs. 11 crores to the PM-CARES Fund and Rs. 1 crore to Maharashtra CM Relief Fund.

YRF is reaching out to thousands of daily wage earners of the industry and their families who are in critical need of support and has already collected details of their bank accounts. The Yash Chopra Foundation will be crediting the donation directly into the banks of these people. In Phase 1 of the support, YRF will be paying out Rs. 1.5 crores to these workers and their families.

Balaji Telefilm owner Ekta Kapoor has decided to forsake her one year salary to help ease the financial stress on her co-workers. While announcing the same, Ekta took to social media and wrote, “It is my first & foremost responsibility to take care of the various freelancers & daily wage workers who work at Balaji Telefilms & who are going to suffer immense losses due to shootings in the current scenario and uncertainty over the indefinite period to follow. I would thus forsake my one year salary that is Rs. 2.5 crores at Balaji Telefilms so that my co-workers don't have to take a hit during this period of crisis and complete lockdown.”

The actor and entrepreneur did their bit by pledging a donation of Rs. 1 crore to the PM-CARES Fund.

The actor-singer, who believes that our priority should be to help our country get through this tough time, pledged an amount of Rs. 20 lakhs to PM-CARES Fund.

Priyanka and Nick will be donating $100,000 in total to women who are rising above everything during this crisis. Priyanka took to her social media handle and asked people to share stories of women that need to be told and heard. The couple also donated to several charities including PM-CARES Fund, Unicef, Feeding America, and Goonj among many others to fight the coronavirus.

The couple has for years supported a non-profit organization in Delhi, Gulmeher - a women's collective of waste-pickers turned artisans. Such lower income groups have been really hit hard economically with the all India lockdown during the COVID-19 crisis and Ayushmann and Tahira have come forward to support them financially. Gulmeher works with about 200 women ragpickers and this contribution will help them look after themselves and their families.

Virat and Anushka are one of the most adored couples in both cricket and the field of entertainment. Both of them have excelled in their respective fields. The couple pledged their contribution to the PM-CARES Fund and the Maharashtra CM Relief Fund. While the couple did not reveal the amount, according to our sources they have contributed Rs. 3 crores.

Without disclosing the amount, Deepika Padukone and Ranveer Singh, together have pledged their contribution towards the PM CARES fund for Covid-19 relief and also encouraged their millions of fans to do so.

Kareena and Saif have pledged their support to UNICEF, GIVE INDIA and the International Association for Human Values (IAHV). They have also made their contribution towards the PM-CARES Fund and Maharashtra Chief Minister’s Relief Fund.

Following the footsteps of his uncle Pawan Kalyan, Ram Charan donated Rs. 70 lakh to the CM Relief Fund of Andhra Pradesh and Telangana.

The popular Telugu actor donated Rs. 50 lakh towards the CM Relief Fund of Andhra Pradesh and Telangana and Rs. 20 lakh for TFI.

The Ala Vaikunthapurramloo star did his bit by donating Rs. 1.25 crore to the CM Relief Fund of Andhra Pradesh, Kerala and Telangana. He also donated Rs. 20 lakh for TFI workers.