It’s that time of the year when fans get to know who among the Indian celebrities have made it to the World’s 100 Highest-Paid Celebrities Forbes list. Well, coming at the top of the list actor-producer-businessman George Clooney with estimated earnings of $239 million between June 2017 and July 2018. Among the top 10 actors, Bollywood superstars Akshay Kumar and Salman Khan have joined the bandwagon once again. 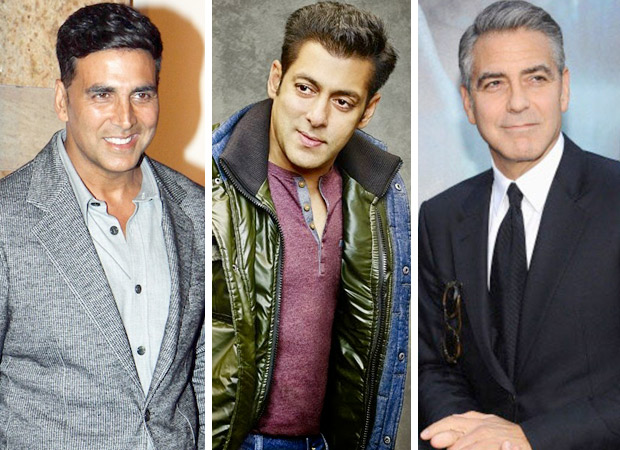 Akshay Kumar has come out on 7th position with earnings of $ 40.5 million beating Salman Khan, Hollywood actor Adam Sandler and Chris Evans. Forbes mentions his socially conscious roles with Toilet- Ek Prem Katha and Pad Man and his endorsements deals. "One of Bollywood's leading men has transitioned to socially-conscious roles, such as Toilet, a comedy supporting government campaigns to improve sanitation, and Pad Man, about a guy hoping to provide inexpensive sanitary pads to rural communities. He still mints millions from backend profits and endorsing some 20 brands, including Tata and Eveready," Forbes said.

Salman Khan has scored the 9th position in the list with the earnings of $ 38.5 million. "This Bollywood mainstay continues to produce and star in hits such as Tiger Zinda Hai, cashing in on backend profits. Coupled with a slew of endorsements from Suzuki motorcycles to Chlormint gum, he remains one of India's top earners," Forbes wrote along with the list.

Also Read: Akshay Kumar and Nitara get clicked by Twinkle Khanna and the result is beyond beautiful