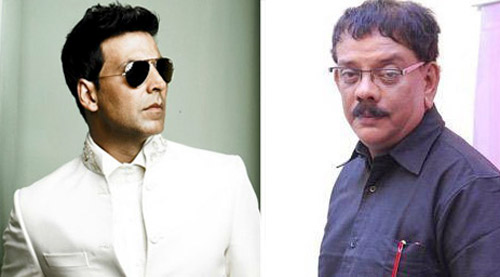 After giving back-to-back hits with Airlift and Housefull 3, the year 2016 is proving to be a successful one for Akshay Kumar. While Akshay Kumar is gearing up for his next release, he is also collaborating with the filmmaker Priyadarshan.

According to the reports, Akshay Kumar will be teaming up with filmmaker Priyadarshan for a situational comedy. The untitled project will be produced by Rohit Shetty. After a long hiatus, Priyadarshan is back and the project with Akshay is in the pipeline. Though the film has been delayed due to Akshay's prior work commitments, Priyadarshan is planning to announce the movie soon as soon as the entire cast will be finalised. Earlier, Priyadarshan and Akshay Kumar have worked together on movies including Garam Masala, Hera Pheri and Bhool Bhulaiyaa.

Meanwhile, Akshay Kumar will be seen in Rustom which is largely inspired from 1959 case of KM Nanavati Vs. State of Maharashtra that changed the face of the Indian judicial system. The trailer and posters of the upcoming drama have created quite a buzz. Directed by Tinu Suresh Desai, Rustomstars Ileana D'cruz and Esha Gupta in pivotal roles and is slated to release on August 12.