We got a glimpse of Varun Dhawan playing the role of a local tailor Mauji from heartland India in the trailer of Yash Raj Films' upcoming entertainer Sui Dhaaga – Made in India recently. And to perfectly portray this role on screen, Varun ensured that he gave his best during the preparations before he started filming. 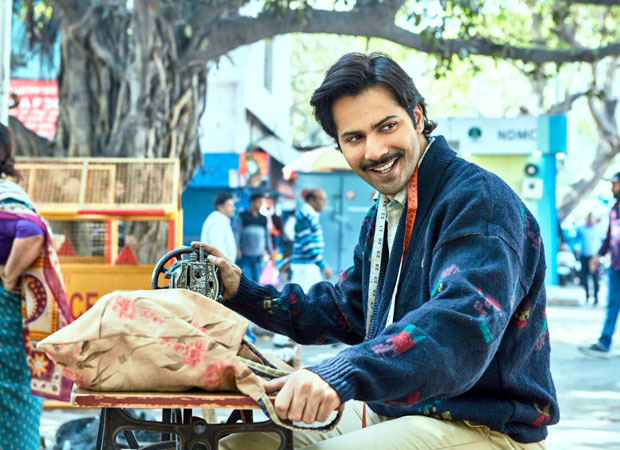 “I knew that I had a task at hand. I knew I had to master the art to convince people that I am a real masterji. Darshan (the costume designer) and Noor bhai (the tailor on the sets) helped me a lot and I gave it three months to learn this skill. As an actor, I like to get challenged to become someone else on screen,” says Varun, whose transformation as Mauji is receiving a positive response.

“It wasn’t easy at all. It was frustrating because initially I wasn’t getting it right. The needle pierced by fingers multiple times. I’m so glad that I went through the drill because I have picked up a new skill in the process. It took me 3 months, sometimes 2 hours and sometimes 4 hours in each tailoring class to get the confidence that I could pull this off in front of camera. I felt it is my responsibility as an actor that I should come across convincing and I couldn’t break Sharat's trust on me. Today I’m very comfortable on the sewing machine and can make a lot of things like a shirt, trousers, pillow cases, etc.” beamed the actor.

Here’s a glimpse of how the actor prepped for the film:

“It feels really good to see how people are responding to the trailer and are liking my hard work and the character Mauji,” he added.

Sui Dhaaga brings together National Award winning producer-director combo of Maneesh Sharma and Sharat Katariya after their blockbuster Dum Laga Ke Haisha. The film is a special salute to the inherent entrepreneurial spirit that the youth of India and our local artisans have.  A film about finding love and respect through self-reliance, Varun is paired opposite Anushka Sharma for the first time. She plays an embroiderer in the film. Sui Dhaaga - Made in India is set to release on September 28 this year, just before Gandhi Jayanti.

Also Read: Varun Dhawan launches Made In India collection from his clothing line 'Dhawan and Only'