Abhishek Bachchan made news recently after he grooved on the stage with Aishwarya Rai at the Sangeet party in Udaipur! The Bachchans made their presence felt at the wedding after attending every ceremony the family organised. Along with Bachchans, all other A-Listers were at the wedding both in Udaipur and Mumbai. One inside video which was made viral from the celebrations was of all celebrities including Amitabh Bachchan to Aamir Khan serving food to all guests at the wedding. That video gave a way to lot of memes as the internet was puzzled to see Bollywood's royalty serving food to guests at a wedding. Many Twitter users posed this question to these stars. 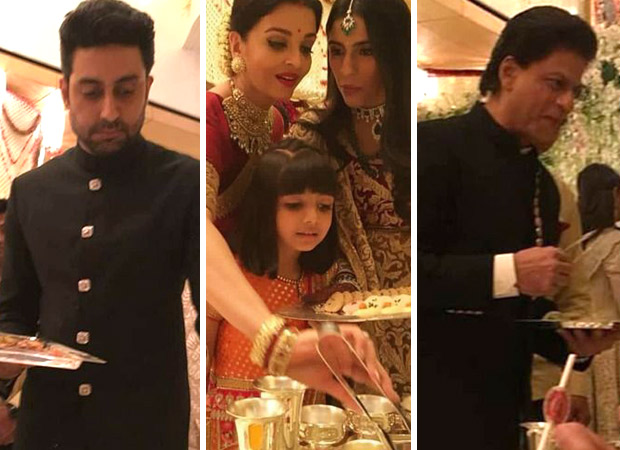 Abhishek Bachchan who is known to be media savvy addressed this query and explained that this is a ceremony called Sajjan Ghot and it is ceremonial for the bride's family to serve to the groom's family. Ambanis have been very close with everyone in the film industry and with this gesture they showed their solidarity to the India's richest family. Here is how Abhishek's twitter interaction went. A twitter user asked, “Why were Amir Khan and Amitabh Bachchan serving food in Ambani wedding?," Abhishek replied, "It is a tradition called "Sajjan Ghot". The brides family feeds the grooms family."

On work front, Abhishek came out on big screen after a gap of two years. His last movie was Manmarziyaan with Taapsee Pannu and Vicky Kaushal. His next will be Gulab Jamun with Aishwarya Rai Bachchan. He is reuniting with his wife on screen after seven years and that is of great excitement to his fans.