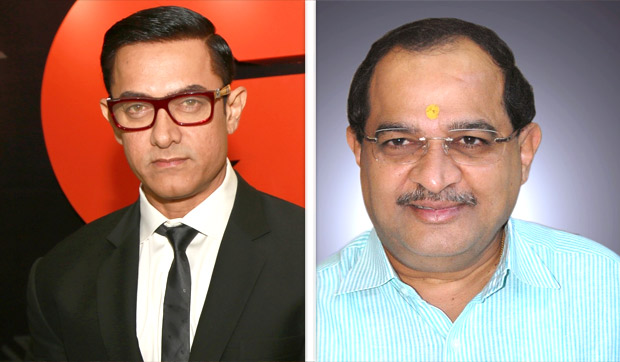 Just a couple of months ago, reports of draught affected areas in Maharashtra resulting in suicide of farmers left the nation in a state of shock. As several Bollywood celebrities extended their support to the cause, Aamir Khan decided to also add this as a part of his Satyamev Jayate campaign in order to provide long term solution to Indian villages.

Aamir Khan started the Satyamev Jayate Water Cup campaign, where he proposed varied methods of water conservation and thereby working towards the development of rural areas. Taking yet another step in the same direction, Aamir Khan recently met politician Radhakrishna Vikhe Patil, leader of opposition in the Maharashtra Legislative Assembly to discuss the matters of water conservation along with malnutrition that has plagued the nation. Though the details of the meeting is being kept under wraps, reportedly, the two seriously discussed the water issue as Vikhe Patil also updated the superstar about the various water conservation projects being undertaken in Ahmednagar district by the Pavra Foundation during their 40 minute discussion.

Aamir Khan, last seen in PK, is gearing up for the release of the wrestling drama Dangal and will also be seen in a special appearance of his manager Advait Chandan’s directorial debut.