Superstar Aamir Khan has flown to Bangalore to watch his daughter Ira Khan’s play. The actor has been on a hectic schedule shooting for his upcoming movie Laal Singh Chaddha and missed his daughter's play in Mumbai as he was shooting in Punjab at the time. 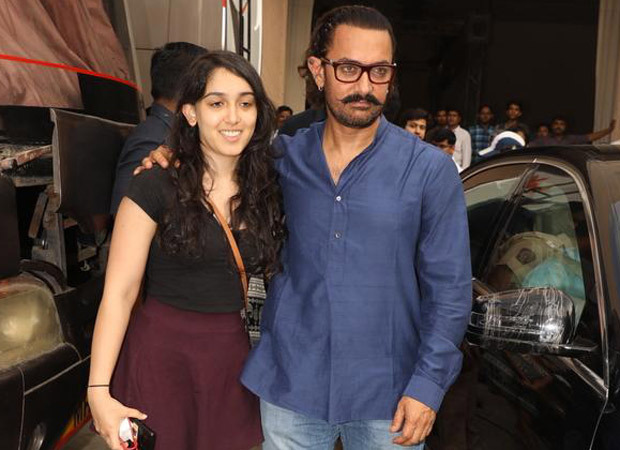 Ira khan recently made her directorial debut with her play Euripides’ Medea which is presented by Entropy and produced by Sarika's production house NautankiSa Productions. Sarika has started her production house NautankiSa Productions and is joined by friend Sachin Kamani and her younger daughter Akshara.
Euripides’ Medea stars Hazel Keech as the protagonist.