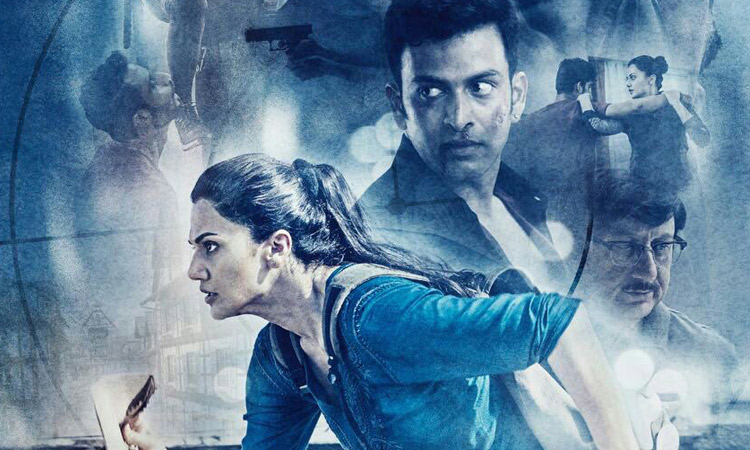 One doesn't really expect a soundtrack for a film like Naam Shabana. As a matter of fact Baby, which was first in the series, was a song-less thriller and that too with Akshay Kumar in the lead. Now that the film is being spearheaded by Taapsee Pannu and belongs to the similar theme and genre, it is surprising to find a musical album going for it with composer Rochak Kohli and lyricist Manoj Muntashir coming together.

'Rozana' is the first track in the album and it is one of those love songs with a sad base to it. Though Shreya Ghoshal sings it well and tries to bring in all the sensitivity, it basically turns out to be a rather pathos filled outing that doesn't quite uplift your mood. Yes, it has a serene sound to it but still, it doesn't have the kind of flavour in there that would make it sit at the top of the list in the album as the opening number.

Since the film has a woman as the central protagonist, each of the four songs in the album too has a female singer taking centre-stage. Sunidhi Chauhan is the next to arrive as she croons the situational track 'Zinda'. Expect this one to play in the background for a little when a montage of sequences plays on screen. The song pretty much continues from where 'Rozana' left and carries similar feel and sound.

There is a surprise in store as Bappi Lahiri's 'Zubi Zubi' from Dance Dance [1987] is recreated by Rochak Kohli for Naam Shabana. The start of the song has the kind of sound that instantly reminds one of 'Tu Mera Hero' [Desi Boyz]. However, that is just for a little while as Sukriti Kakkar jumps on the scene and brings on the right energy into the soundtrack. Rochak Kohli chips in too as a singer though by and large this one is a Sukriti track. Also, except for the hook line, rest of the song is original. This song infuses some life into the album.

Last to arrive is 'Baby Besharam' which has guest composer Meet Bros along with guest lyricist Kumaar coming on the scene. Together, they try to recreate the feel of 'Yaar Naa Miley' [Kick], what with the same singer Jasmine Sandlas being brought on the screen as well. Considering the kind of theme that Naam Shabana carries, one looks forward to how this song is placed in the film's narrative. As a standalone number though, the song does manage to catch your attention, even though one is doubtful around the kind of shelf life it would eventually enjoy.

The album has a couple of serene tracks and the remaining two are peppy tracks. At best though, this turns out to be a strictly situational effort.

Director of Naam Shabana, writer of Pink join hands for a biopic on Uzma Ahmed