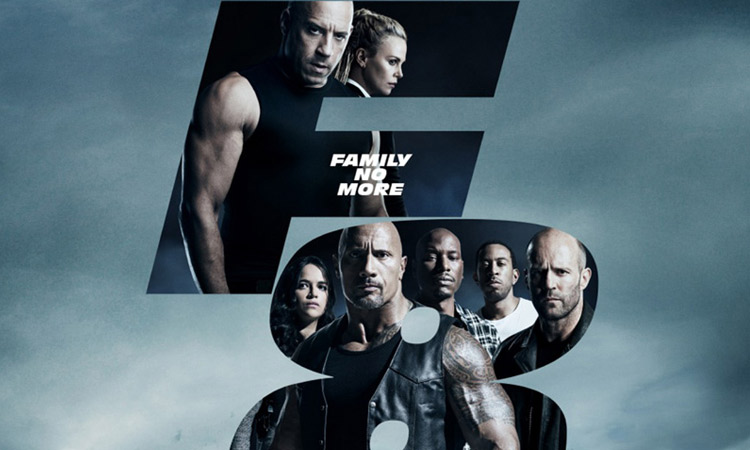 Back in 2001, audiences across the globe were regaled with the action entertainer THE FAST AND THE FURIOUS, a film that boasted of not just high octane action but also some of the meanest cars there are on earth. From there on, there have been a total of seven films in the series that have hit the screens, each being bigger and better than the previous. After the last film FURIOUS 7 that released in 2015 went on to become a rage globally, especially after the loss of one of the lead actors Paul Walker, we see the eight instalment in the franchise hitting screens. Titled FAST AND FURIOUS 8 or simply F8 in India, the film once again boasts of thrilling car chases and race sequences, adrenaline pumping action and death defying stunts coupled with an all-star heavy weight cast. But will the film live up to expectations is the question of the hour, and what we analyse.

FAST AND FURIOUS 8 starts off following the events of FURIOUS 7, Dom (Vin Diesel) and his wife Letty (Michelle Rodrigues) have gone on their honeymoon, while Brian (Late Paul Walker) and his wife Mia (Jordana Brewster) have retired from the game, and the rest of the crew have begun to settle down to a more normal life. But when a mysterious woman named Cipher (Charlize Theron) convinces Dom to work against the people that he is closest to, the rest of the crew must face trials they have never seen before – including some former enemies – in order to bring back the man who brought them together in the first place. From an idyllic life in Cuba to the bustling streets if New York City and the icy plains of the Barents Sea, the team faces their biggest challenge going up against one of their own. Will they manage to save their family, will they manage to help Dom return to normal life or will Cipher destroy the idea of ‘Family’ and with it the entire crew is what forms the rest of the film.

If you have been following the series or been a fan of it, by now you will know that you never really expect much in terms of a story. In fact the entire FAST AND FURIOUS series has been comprised on films that indulge a guilty pleasure of watching massive explosions, insane stunts, fast cars, good music and sex appeal. In the case of FAST AND FURIOUS 8 this trend continues, with a rather sub-par storyline that meanders on with unexpected turns and childish twists. However, there are some funny moments infused in the film with situational humour and slightly funny one lines that at times come across as done to death. Despite this the film that opens with an exhilarating race sequence on the streets in Cuba, to the massive vehicular carnage in the heart of New York City and finally an adrenaline pumping end on the frozen ice lakes in Russia, the film manages to shape up into a thrilling ride worth indulging into. 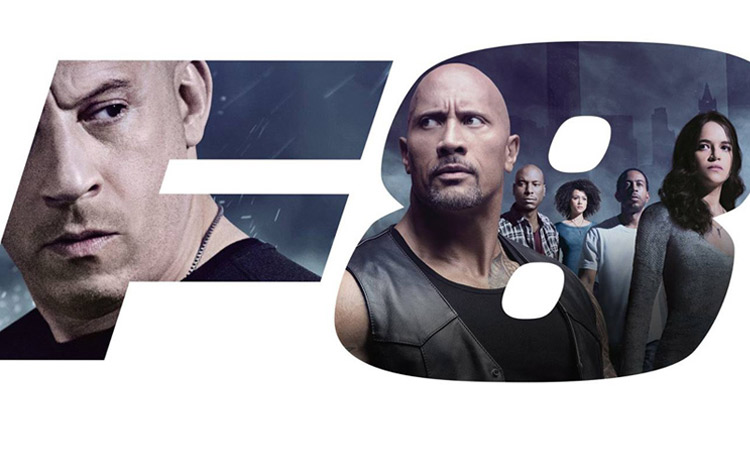 Coming to the performances in the film, there is nothing new on offer here with the cast doing what they have been doing from the start. Vin Diesel as Domnic Toretto is his usual self, comprising of the drawl and stare technique that has become his moniker. Michelle Rodrigues as Letty still remains the only person who can convince the bull headed Dom into rethinking his choices, while Tyrese Gibson as the motor mouth Roman Pierce and Ludacris as Tej Parker continue to reprise their characters from the previous films in a similar fashion. Dwayne Johnson as the beefy muscled Luke Hobbs adds to the action doesn’t really do anything different from his previous outing. However, the new addition to the cast in the form of Charlize Theron as Cipher is a big bonus, as she essays the evil, plotting and emotionally devoid genius hacker to perfection. Her devil may care attitude and complete disregard for public and private property that unleashes absolute carnage will definitely please your guilty indulgences. Jason Statham as Deckard Shaw continues doing what he does best – letting his fist speak, Kurt Russell in a cameo as Mr. Nobody and Scott Eastwood as Little Nobody essentially become the comic relief in the film constantly adding humour to situations that could effectively spell doom. Another cameo in the film this time featuring Helen Mirren though hardly five minutes long is definitely fun.

Talking about the action, FAST AND FURIOUS 8 that takes happenings to the next level is definitely in league with the previous films with wanton destruction of property, insane blasts and gravity defying stunts. Though the CGI is not of award winning material, it manages to hold up well for most part of the film. Case in point being the sequence wherein Charlize Theron controls hundreds of cars and sends them careening down the street seems rather patchy. It is however the long action sequence in Russia that will blow your mind. It is a big screen experience, especially worth watching on IMAX 3D.

Though director F. Gary Gray does a commendable job with the film, it somehow does not seem as large as the previous one directed by James Wan. Yet FAST AND FURIOUS 8 merges all elements that have made the franchise so popular.

On the whole, FAST AND FURIOUS 8 offers the adrenaline rush that you seek from this series. The fast car chases and thrilling action sequences make for 'Paisa vasool' entertainment. Catch it on the big screen.