Last Updated 28.01.2022 | 2:51 PM IST
feedback language
follow us on
Bollywood Hungama » News » South Cinema » Zareen Khan is a FAN of Allu Arjun and she has a valid REASON for it!

Many actors have expressed their liking towards superstar Allu Arjun and joining the league is none other than Bollywood beauty Zareen Khan. The actress has currently turned her attention towards regional films and after debuting in Punjabi, she is all set to make her debut in Tollywood with Chanakya. Just a few days ago, the details of the Gopichand starrer were locked. While speaking about the film, Zareen confessed in reports that she is a fan of Allu Arjun and there is a reason for it. 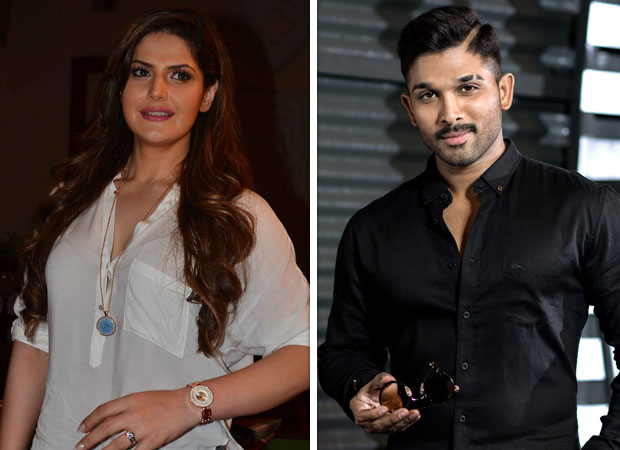 Zareen Khan opened up about being a fan of Allu Arjun in reports when she was asked about her favourite dancer. While she did agree to the fact that there are many good dancers in Tollywood, she did reinstate that her favourite is definitely Allu Arjun. While speaking about it, she also appreciated the South film industry for being professional and disciplined. She also expressed her happiness of receiving an opportunity to act in it.

On the other hand, Zareen Khan also revealed details about signing Chanakya that also stars Mehreen Pirzada in a prominent role. Asserting that it is a role that she has never played before, Zareen mentioned that her character will surprise her fans. However, Zareen also refused to divulge too many details about her role in the film.

Chanakya is an espionage thriller to be directed by Tamil filmmaker Thiru and it is produced by Kishore Garikipati, Ajay Sunkara and Abhishek Agarwal.

Also Read: Here’s how Zareen Khan is CELEBRATING Christmas far away from India