Filmmaker Vignesh Shivan and actress Nayanthara got married in Mahabalipuram in Chennai on June 9.  Now, post their marriage, Vignesh has written a letter of apology to the authorities at the Tirupati temple for the misconduct there. After their wedding, the couple visited the temple and had a photoshoot there. 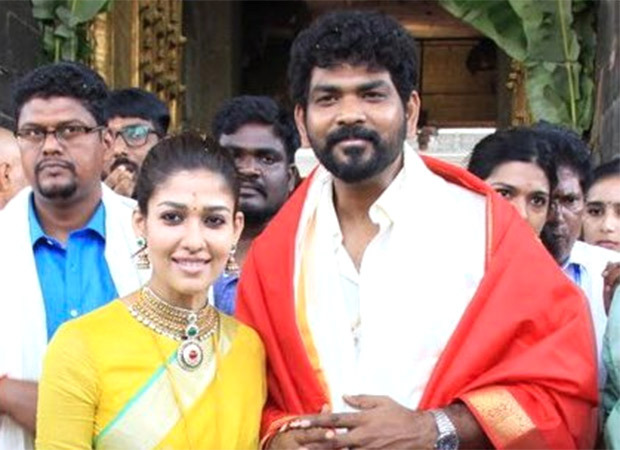 The news of Nayanthara and Vignesh visiting the temple soon went viral. Pictures of the two walking hand-in-hand in the restricted areas of the temple premises also made its way to social media. While Vignesh was barefoot, Nayanthara was wearing sandals in the temple area which hurt public sentiments. The photographers accompanying the couple were also reportedly roaming with footwear.

The temple authority demanded appropriate action against them following which the Devasthanam Vigilance Department called up Vignesh regarding the matter. Vignesh later apologised to everyone for the mistake that happened.

“After the wedding, we went straight to Tirupati temple without even going home and attended the wedding ceremony of Ezhumalayan,” he wrote in the letter.

“After that, a lot of people came out of the temple and surrounded us. So we left there and after a while, we came back in front of the Ezhumalayan temple. We quickly finished the photo shoot and decided to get out of there as the fans would surround us if they saw us," he wrote.

“In the ensuing commotion, we failed to notice that we were walking with shoes in the area where it was forbidden to wear shoes. We apologise for the inconvenience. We have been to Tirupati five times in the last month with the desire to get married in Tirupati. Due to various reasons, it was not possible to hold our wedding at Tirupati temple,” Vignesh said.