Drishyam 2 starring Mohanlal premiered on Amazon Prime Video premiered in February 2021 and garnered a positive response. The film's sequel is already getting a remake in Telugu with Venkatesh Daggubatti as the lead and Jeethu Joseph as the director. And the cast has wrapped the shooting. 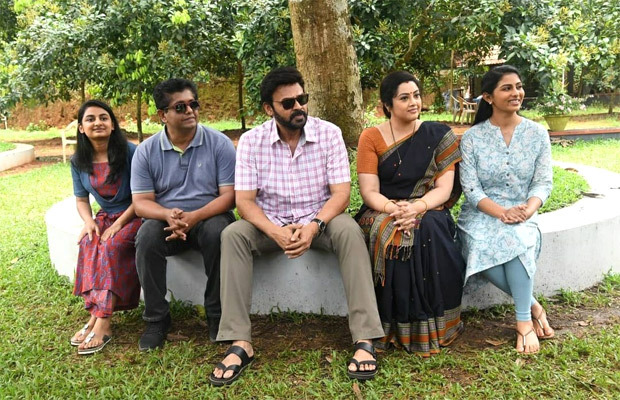 Venkatesh Daggubati wraps the shoot of Telugu version of Drishyam 2

On Thursday, Suresh Productions, which is producing the film, took to their Twitter handle to inform that Venkatesh has wrapped the film. “@VenkyMama wraps his portion of the shoot for #Drishyam2,” the caption read along with the photo of the cast.

Meena, Kruthika Jayakumar, Esther Anil, and Nadiya will be returning to the project and reprise their roles from the first part of the Telugu version of Drishyam.

Anup Rubens will compose the music. Drishyam 2 is jointly produced by Antony Perumbavoor of Aashirvad Cinemas and Suresh Babu Daggubati of Suresh Productions.