On Monday South actress Trisha Krishnan took to her Instagram handle to share pictures from Ramya Krishnan’s birthday party held a few days ago. On September 15, the Baahubali star celebrated her 51st birthday. Along with Trisha, Ramya’s other friends also attended the party which includes Actors Kushboo, Radikaa Sarathkumar and choreographer Brinda among others. From the photos, the ladies are seen partying hard and having the time of their life. 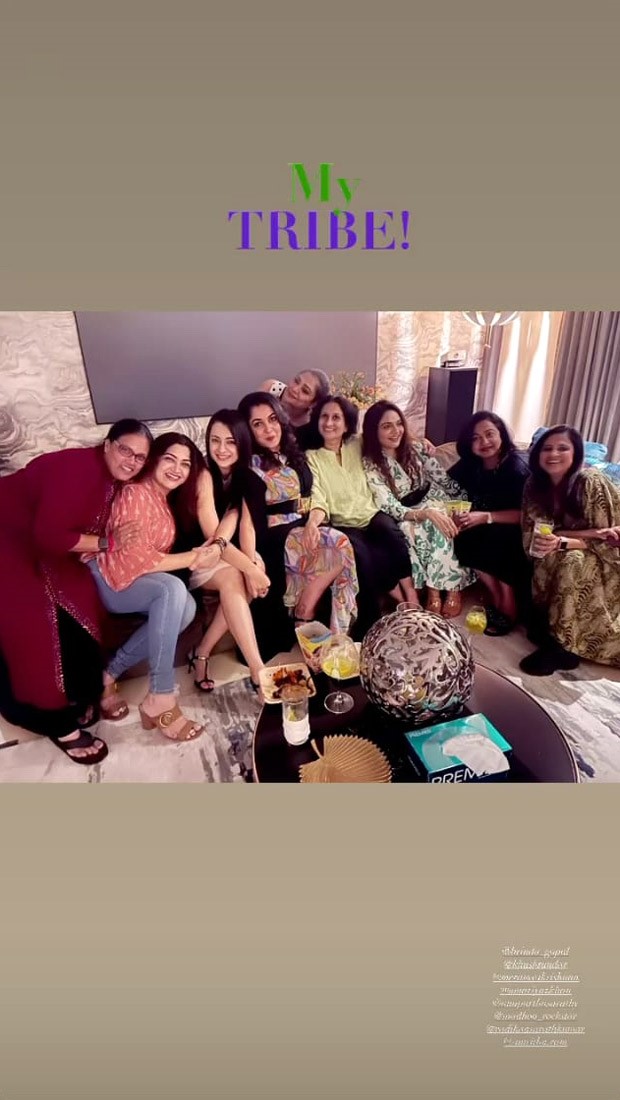 Trisha shared a number of photos on her stories giving glimpses from the get together. 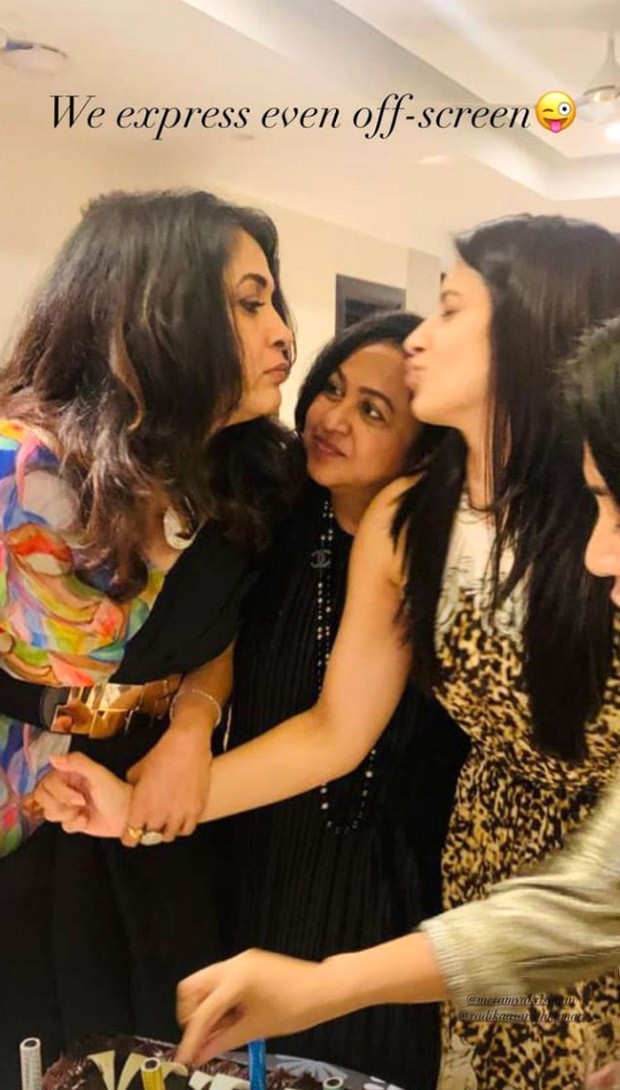 Trisha has recently completed the shooting for the upcoming fantasy drama, Ponniyin Selvan part 1 which is based on iconic writer Kalki Krishnamurthy’s historical fiction novel of the same name. Set in the backdrop of Chola Dynasty, the epic novel has been adapted for the big screen by Ratnam along with writer B. Jeyamohan, who has penned dialogues for the movie. The film is helmed by Mani Ratnam and is being considered as the director‘s most ambitious movie yet. The film also stars Aishwarya Rai, Vikram, Karthi, Jayam Ravi, Lal, Sarath Kumar, Jayaram, Vikram Prabhu, Prabhu, Ashwin Kakumanu, Kishore and Aishwarya Lekshmi among others. 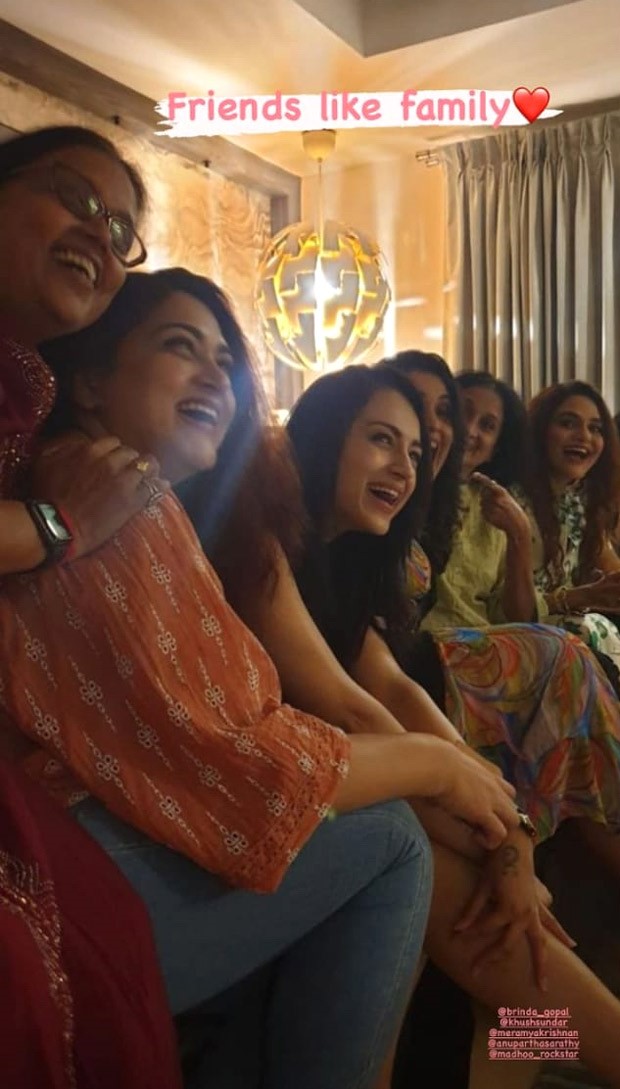 On the work front, after a gap of four years, Ponniyin Selvan will mark Trisha’s first major release. She also has Mohanlal’s Ram, Garjanai, and the Tamil remake of NH10, Sathuranga Vettai 2 and Raagi in her kitty. 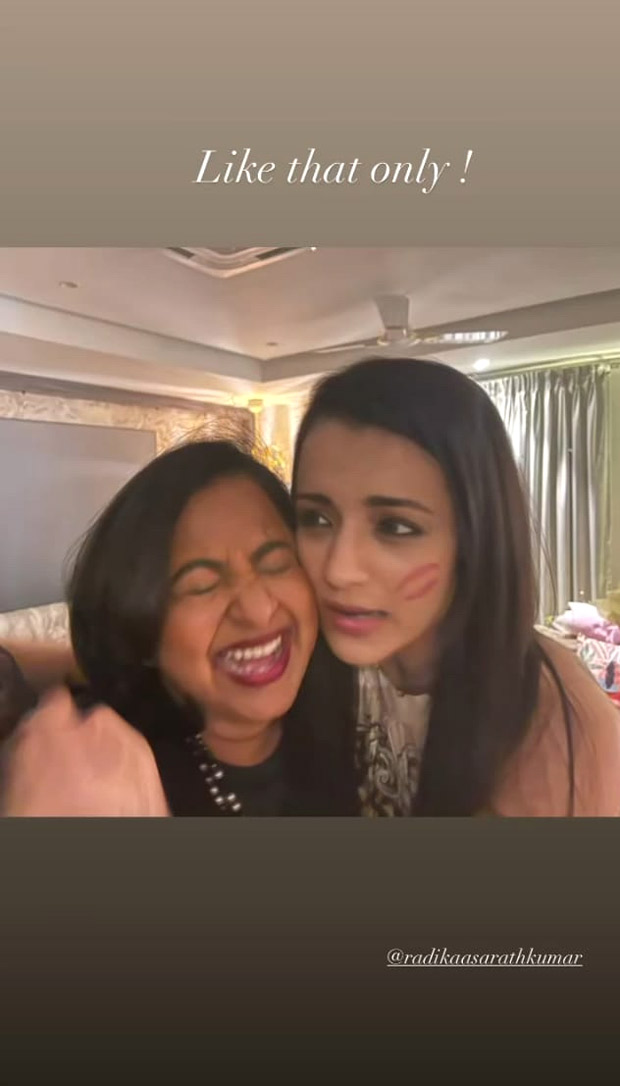 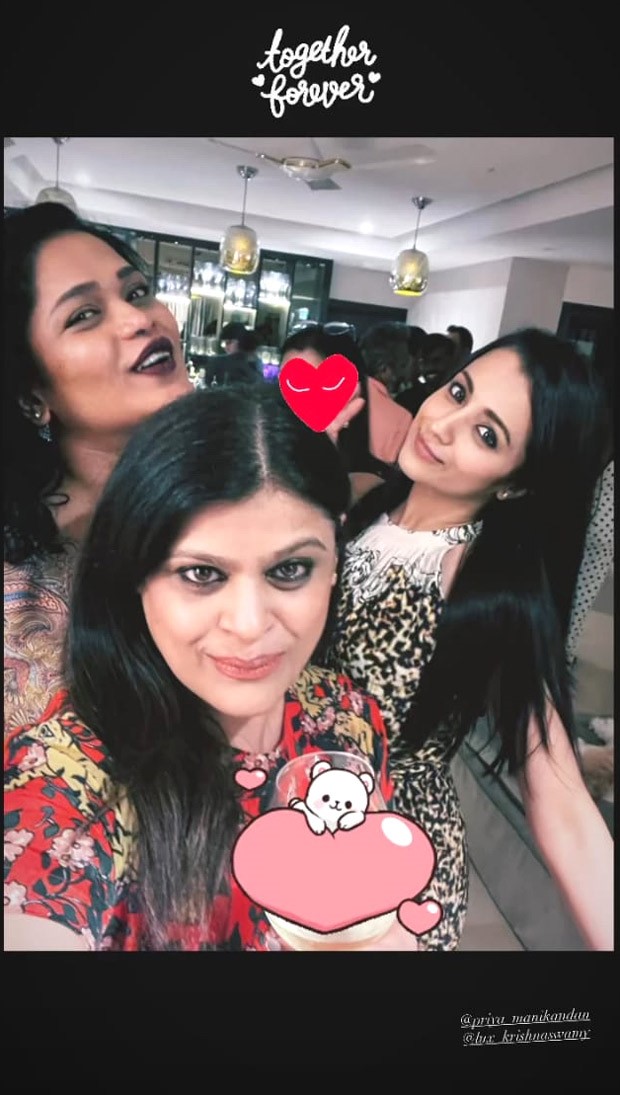