Amazon Prime Video recently released the trailer of the much awaited Tamil film, Soorarai Pottru which will also be released in Telugu, Kannada and Malayalam. The film will be streaming from November 12 for all Prime members across 200+ countries, as a part of Amazon Great India Festival. 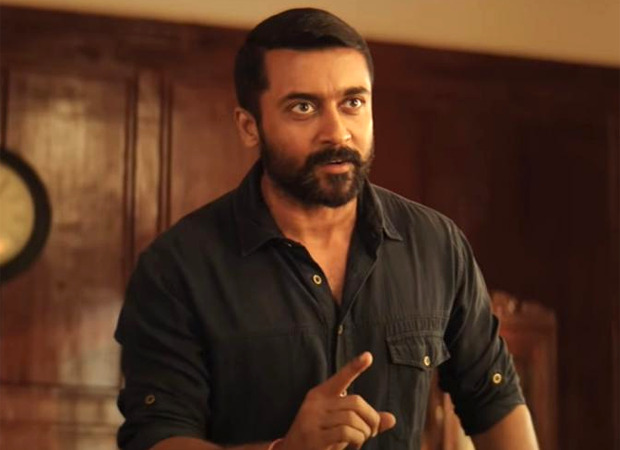 Soorarai Pottru is an action drama film starring Suriya, Mohan Babu, Paresh Rawal and Aparna Balamurali. It will be a fictionalized account of the life of the retired Army captain, Capt. G. R. Gopinath, who founded the low-cost airline, Air Deccan.

Suriya, the lead actor of the film spills some beans and gives some insights of his character in the film, he says, "All of my earlier characters are reel. But this character, is about a person who has lived his life, and is a very humble man. He is a real life hero, who had a dream to make it big, and he did. With all the complexities that are there in India, he had to overcome everything to be an airline owner and which is not an easy thing. He literally changed the face of India."

He further adds, "We are telling the story about a person who has achieved his dreams and made it big, all by himself. It is an inspiration for every common man, irrespective of the background they are born in. There cannot be a reason, that your dreams can't be fulfilled, and stories like these are important to be shared with the masses. Just the determination and one has to combat all the challenges to make it happen, which is why we want to tell the story."

The story definitely sounds like a blockbuster fun ride, and there is no way one should miss it. Helmed by director Sudha Kongara, Soorarai Pottru is bankrolled by Suriya’s 2D Entertainment and Co-Produced by Guneet Monga’s Sikhya Entertainment.

ALSO READ: Suriya to collaborate with Vetri Maaran next. Here’s what the film is titled