Last Updated 12.08.2022 | 5:44 PM IST
feedback language
follow us on
Bollywood Hungama » News » South Cinema » Tamannaah Bhatia says it’s an honour to be a part of Indian delegation – “Cannes is actually showcasing what we all want to see all over the world

Indian actress Tamannaah Bhatia is attending the 2022 Cannes Film Festival as part of the Information and Broadcasting Minister Anurag Thakur led star-studded Indian delegation. She was also part of India Pavilion event and even walked the red carpet at the premiere of Top Gun: Maverick. 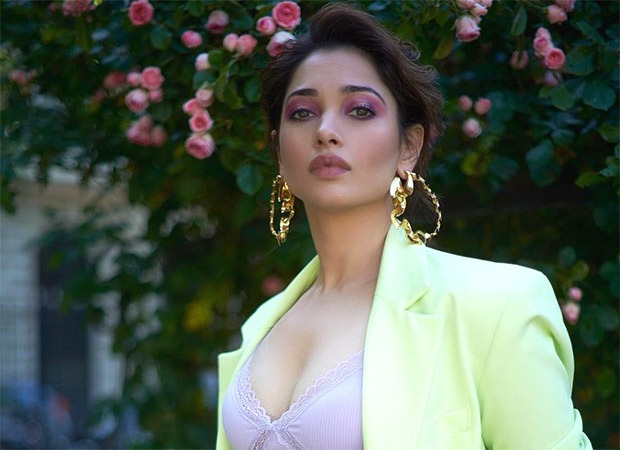 While speaking to DD India News about being part of the Cannes Film Festival 2022 and walking the red carpet, the Baahubali actress shared, “It was beautiful of this had been super excited about it because it's my first. It's such a beautiful place where talent from all over the world comes together. And of course India being a partner country, it's a matter of great pride to represent India and come here and work the red carpet for India.”

Talking about India being the country of honour this year, Tamannaah is very proud. "India has contributed to cinema for so many years. I think just looking at the way that Deepika Padukone is part of the jury, I think Vidya Balan has already been there has already been a part of the jury as well. So I feel like our presence is always there. It's always been there so it's a great time it's a good time that India is partnering with with Cannes."

Furthermore, when asked about how regional content is going global and getting international attention, Tamannaah adds, "Back in the day, there was this opinion that in Cannes you have way a very niche kind of kind of movies that would be showcased not your commercial mainstream which we see in our countries individually. But I feel like that line is slowly getting blurred. If you see from a larger perspective  a film like Parasite which was from here (won Palme D'or) and then eventually went onto win in the Academy Awards, so I feel that line between what was supposed to be artistic cinema and what's actually commercially palatable is slowly blurring down. Cannes is actually showcasing what we all want to see all over the world."

For her first day, the actress looked stunning on the red carpet in a dramatic black and white gown by Gauri & Nainika. Tamannaah's monochrome gown had a white cowl neck and a black body-hugging bodice with a bubble hem that flawlessly accentuated Tamannaah's frame. The gown's flattering design adds a hint of sensuality and a whole lot of elegance. The gown's mermaid skirt features a larger-than-life white trail, giving it a fanciful and romantic feel.

Meanwhile, on the work front, Tamannaah Bhatia will be seen next in Anil Ravipudi's F3: Fun and Frustration. The film is slated to release on May 27, 2022. She also has Bole Chudiyan, Gurthunda Seethakalam, Babli Bouncer, Bhola Shankar and Plan A Plan B in the pipeline.