Bollywood actor Suniel Shetty who recently made his screen comeback with a Kannada film will next be seen in the Tamil film Darbar. The actor will be portraying the role of the antagonist and will be starring opposite Rajinikanth. 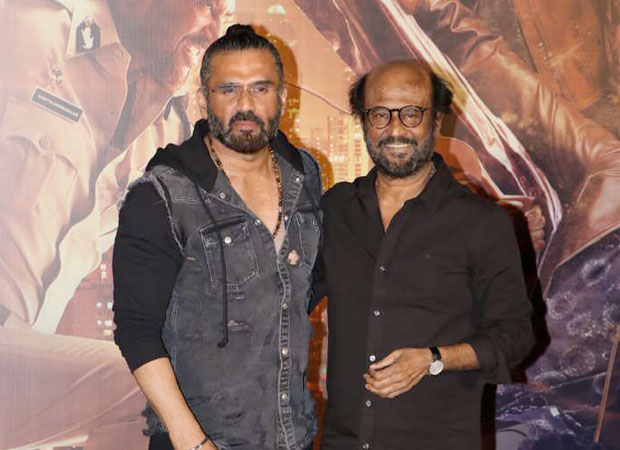 Talking to a media house about his experience of working with Rajinikanth, Suniel Shetty said that the day they met they got along like a house on fire. He said that he has not seen a simpler and a man as honest as Rajinikanth. Suniel said that when he saw Rajinikanth he saw someone who was God but was not even aware of it and is as vulnerable as anybody else.

Suniel Shetty appreciated on how encouraging Rajinikanth was on the set and would even clap after his scenes. For Suniel, it was like he had ticked a big box on his bucket list. Talking further about Rajinikanth’s simplicity, Suniel Shetty said that he used to come in an ordinary taxi which the company used to hire, no Range Rover, no Mercedes. Rajinikanth and his team would quietly sit outside and eat.

The film is directed by A.R Murugadoss and produced by Lyca. The film also stars Nivetha Thomas, Prateik Babbar, and Yogi Babu. Santosh Sivan is cranking the camera for the film and Anirudh Ravichander is the music composer. Darbar is set to hit the theatres on Pongal 2020.