Sivakarthikeyan has been basking in the glory of his recent success Don which is considered to be one of his biggest successes. While he is already having a great 2022, it became even better for the actor who had the biggest fan moment. Sivakarthikeyan has always been vocal about his love for superstar Rajinikanth. Needless to say, he got an opportunity to meet the Thalaivar. 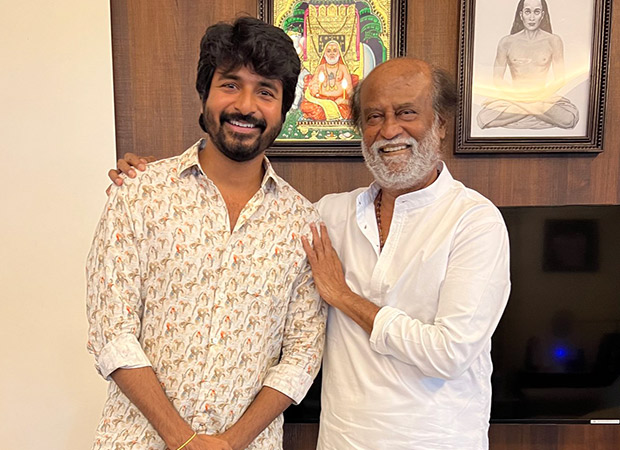 Sivakarthikeyan took to social media to share about his special moment with superstar Rajinikanth. He took to twitter to share a photo of him posing with Rajinikanth and he also wrote a heart-warming note on the experience saying, “With the DON of Indian cinema ????❤️ Met super star @rajinikanth sir and got his blessings.. That 60 minutes will be a lifetime memory..Thank you so much Thalaiva for your time and valuable appreciations for #DON ????????❤️❤️❤️”

With the DON of Indian cinema ????❤️ Met super star @rajinikanth sir and got his blessings.. That 60 minutes will be a lifetime memory..Thank you so much Thalaiva for your time and valuable appreciations for #DON ????????❤️❤️❤️ pic.twitter.com/mG1Pgbrjb7

If reports are to be believed, there were rumours that Sivakarthikeyan might be seen playing a pivotal role in Thalaivar 169. However, there was no confirmation on the same. But seeing the recent photo, fans have been hoping that this rumour turns out to be true.

Speaking of Sivakarthikeyan, the actor made his Tamil debut with the film Marina. His recent releases, Doctor and Don both crossed Rs. 100 crores at the box office.  On the other hand, speaking of Thalaivar 169, the film is expected to be his first collaboration with superstar Rajinikanth. The details of the film are yet to be revealed. Interestingly, Sivakarthikeyan’s hit Doctor was directed by Nelson. While there was a rumour that the film has been shelved after the failure of Beast at the box office, Rajinikanth and Nelson had clarified on it adding that the film will indeed go on floors.