Promising actors- Sharwanand, Siddharth, talented director Ajay Bhupathi and established production house AK Entertainments are working as a team to create a masterpiece called Maha Samudram which is one of the most awaited films, this year. The content is very diverse from regular mass entertainers, though it has all the essential elements required for a commercial film. 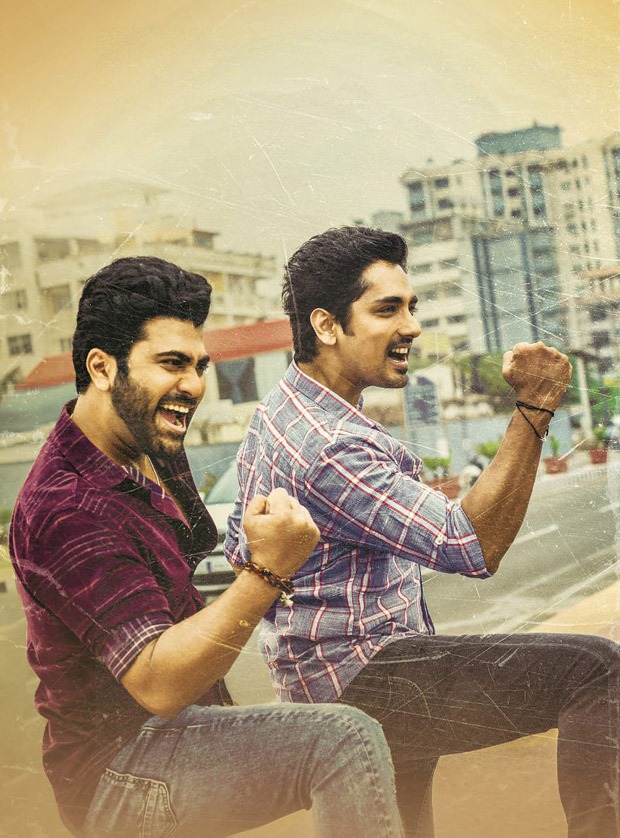 It’s a dream project for director Ajay Bhupathi who penned the script in a way, every character has its own significance. In fact, the character-revealing posters of Sharwanand, Siddharth, Aditi Rao Hydari, Anu Emmanuel, Jagapathi Babu, Rao Ramesh, and Garuda Ram got an excellent response from all the corners.

The makers were canning important sequences on the lead cast for the last few days and finally, all the production works have been wrapped up. Depicting symbolically how joyously the shoot was completed, the poster sees the blissful faces of Sharwanand and Siddharth in the backdrop of Visakhapatnam.

Gearing up for its theatrical release, Maha Samudram’s promotions kick-start soon. Tipped to be an intense love and action drama, Sunkara Ramabrahmam bankrolls the film under AK Entertainments banner.

Aditi Rao Hydari and Anu Emmanuel are the female leads in the film. Raj Thota cranks the camera, while Chaitan Bharadwaj renders the soundtracks and Praveen KL is the editor. Kolla Avinash is the production designer.