Pushpa actress Rashmika Mandanna recently attended a Meta Creators event in Hyderabad and grooved on the popular chartbuster from the film ‘Saami Saami’ along with her fans. The actress had donned a colorful jacket and her unique combination of footwear was the talk of the event. While she is at the top of her career with her popularity touching the skies and her making headlines for everything she does. 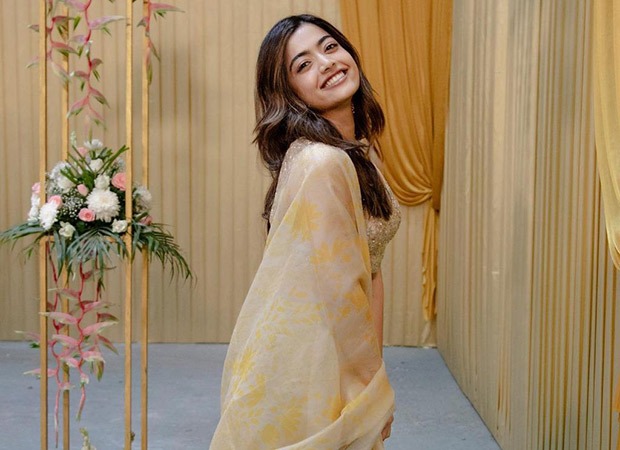 Her song ‘Saami Saami ‘ from the film Pushpa has been on top of all trends and is one of the most-played songs in clubs and events. As soon as Rashmika Mandana stepped on the stage of the event, several fans in the audience demanded for her to dance on ‘Saami Saami’. Now with her performing quite often on this song, we can certainly say that the song and the hook step are owned by her. Every time this song is played, it's Rashmika who we remember.

Rashmika Mandanna’s performance in Pushpa made her an overnight sensation and since then her popularity has skyrocketed, unlike anyone. Her songs ‘Srivalli’ and ‘Saami Saami’ have been at hype since the beginning and it seems that there is no end to it. Now everywhere the actress goes, she is profoundly called the ‘Srivalli’ girl and her fans get excited to dance with her on ‘Saami Saami’.

Meanwhile, on the work front, the trailer of her upcoming film next to Amitabh Bachchan - Goodbye is receiving love from all quarters. Rashmika will also soon commence work on the second part of the Pushpa franchise where she will be seen reuniting with Allu Arjun.