Filmmaker Ram Gopal Varma is working on a film based on Tollywood star Pawan Kalyan and his life post the 2019 elections. The movie will feature lookalikes of Pawan Kalyan and superstar Chiranjeevi. The film is scheduled to release in September on the occasion of Pawan Kalyan’s birthday. RGV has started sharing glimpses from the film. 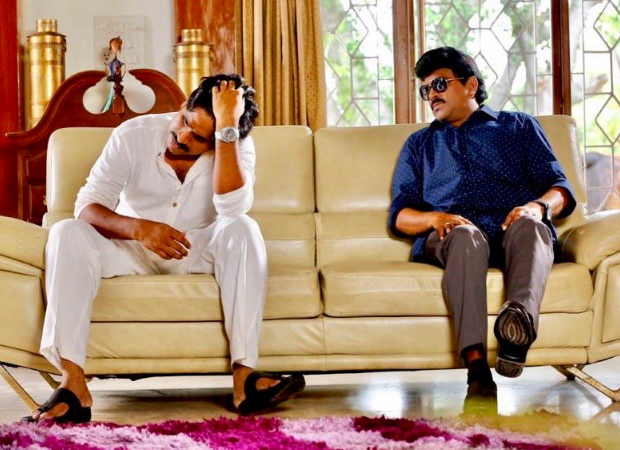 Two brothers in a moment from my film POWER STAR pic.twitter.com/Q66pktqCah

The actor playing the main character in POWER STAR is more POWERful than any STAR I saw pic.twitter.com/RuGlr7IkZJ

A RUSSIAN woman wrapped in an INDIAN saree with the ARGENTANIAN legend CHE GUEVERA hung on the wall while reading the FRENCH origin book of PAPILLON .....The lead character in the film is truly a GLOBAL POWERSTAR???????????? pic.twitter.com/7hQkDHgl3k

Varma also shared behind the scenes pictures clicked during the filming. Sharing the pictures on Facebook, he wrote, "POWER STAR will soon release in RGVWORLDTHEATRE starring P K, M S , N B , T S, a Russian woman , four children , 8 buffaloes and R G V . Here are a few photos from the shoot.”

ALSO READ: Ram Gopal Varma says case filed against him for the film Murder is based on uninformed speculations