The internet was set on fire yesterday, quite literally as Mega Power Star Ram Charan shared a glimpse of his upcoming magnum opus film RRR. Every second of this much-awaited glimpse was celebrated, as fans went berserk tweeting, retweeting, and sharing the same. However, it was the sharp and fierce look of Ram Charan in a policeman's attire, with an intense focus on his eyes, that took the world by storm. 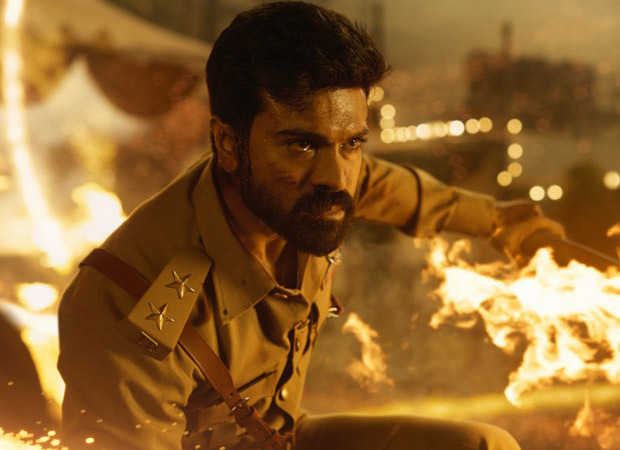 The actor’s eye with the reflection of fire speaks volumes about the amount of effort, hard work and passion he has put into the film. Ram Charan has not just worked on his chiseled body to suit the role, he also went on to learn several skills like shooting etc. His moustache with clean-shaven look is sure to create a trend among netizens. The actor has definitely created a benchmark with his fierce acting in this film.

The much-awaited magnum opus film directed by visionary director SS Rajamouli and produced by Dannaya of DVV productions is all set to release on January 7, 2022.