Actor Pooja Hegde will next star alongside Prabhas in Radhe Shyam. After the first look of their romance drama was unveiled, the makers have unveiled her look and the name of her character on the occasion of her birthday. 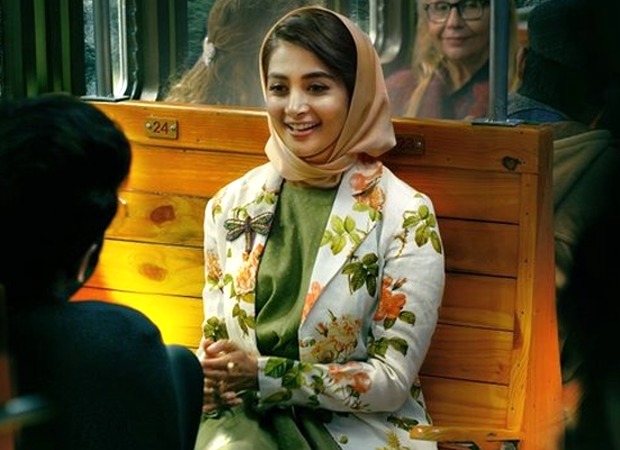 UV Creations took to social media to share the first look of Pooja as Prerana. Dressed in a green dress with a printed jacket and covered her head with a scarf, the actress looks beautiful flaunting her smile. “Here's introducing @hegdepooja as 'Prerana' from #RadheShyam. #HappyBirthdayPoojaHegde,” the caption read.

The cinematography for Radhe Shyam is done by ManojParamahamsa and the production designer for the film is RRaveendar with Kamal Kannan as the VFX Producer. The film is produced by Bhushan Kumar, Vamsi, and Pramod.