Superstar Pawan Kalyan is celebrating his 49th birthday today. On this special occasion, he will team up with director Krish for his next project, PSPK 27. 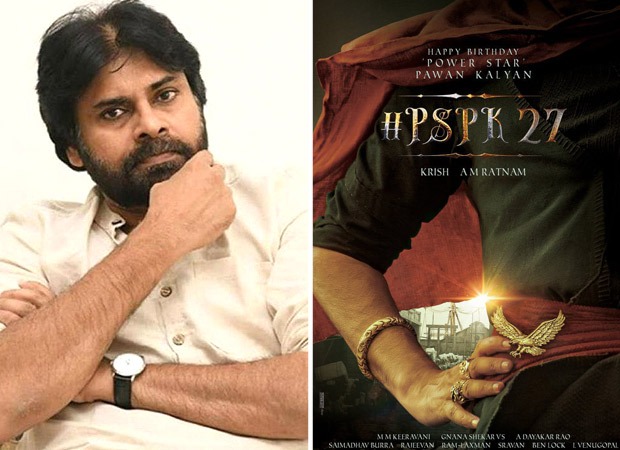 It is reportedly a period drama, which will be produced by AM Rathnam. The pre-look poster was revealed today. It seems like a warrior is standing but his face his hidden.

Krish shared the poster and wished Pawan Kalyan on his birthday. He also revealed he had worked with him for 15 days.

Produced by Mega Surya Production, the music will be composed by MM Keeravani, dialogues to be penned by writer Sai Madhav Burra and stunt choreographer duo Ram-Lakshman will be part of the film.