Panja Vaisshnav Tej will be joining hands with director Srikanth N Reddy. The said film, which has been tentatively titled #PVT04, is a complete mass and action entertainer, featuring Sreeleela as the leading lady opposite Vaisshnav Tej. The first look poster of the film along with a short poster teaser of sorts was unveiled earlier today to launch the film, which will hit the big screens on Sankranti 2023. 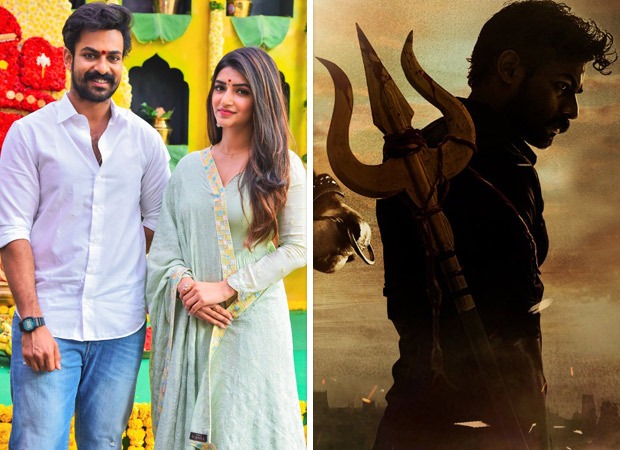 Besides, that the makers also released a glimpse introducing Vaisshnav Tej’s powerful and mass character in the movie. Although the video doesn’t show the actors, we hear war of words. It’s between the good (protagonist) and the bad (antagonist). Here, have a look:

A source close to the film stated details about the film saying, “The makers wanted visuals that makes strong impact and mass-appealing ones dialogues. It was to showcase that the movie promises to be high on mass and action elements. They also want background scores that elevate the film to another level.”

It seems that Vaisshnav Tej’s look had a makeover for the film. His avatar is shown to be rather rugged and massy with thick moustaches and messy hair. The video also features a temple and Du Du Basavanna.

It is to be produced jointly by Suryadevara Naga Vamsi and Sai Soujanya under Sithara Entertainments and Fortune Four Cinemas. #PVT04 is scheduled for Sankranthi release, 2023. Details of the rest of the cast and crew are expected to be revealed soon along with the title of the film.

Also Read: Ravi Teja shares the release date of Ramarao On Duty on Twitter; film to release on July 29