Not too long ago, Netflix launched its new campaign Tudum - a global fan event held on September 24.  Tudum introduces viewers to some unique content that will stream on Netflix, featuring big names from the Indian Entertainment Industry. While South star Dulquer Salmaan will be seen in the Hindi series Guns and Gulaabs, actors like Nayanthara and Rana Daggubati will be seen in some intriguing projects. The wedding of Nayanthara will be streaming on the platform as a docu-series titled Nayanthara: Beyond The Fairy Tale whereas Rana Daggubati will feature in a grey-shaded role along with uncle and Telugu superstar Venkatesh Daggubati. 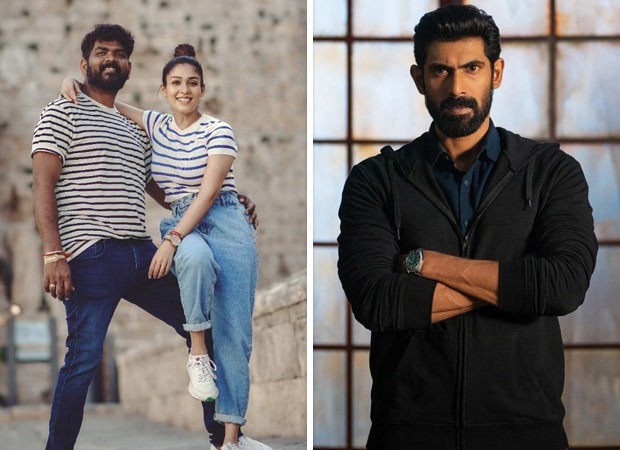 Netflix Tudum 2022 unveils the teaser of Nayanthara – Beyond The Fairy Tale and the Rana Daggubati, Venkatesh Daggubati starrer Rana Naidu

Speaking of Nayanthara: Beyond The Fairy Tale, it is a special docu-series about one of India’s most intensely private but wildly popular Superstar which was a welcome addition to the Tudum India lineup. It follows the love story of Nayanthara, who recently got married in a fairy tale wedding to filmmaker Vignesh Shivan. Nayanthara: Beyond the Fairy Tale is an attempt to give audiences an all-access peek into their lives, marriage, and beyond. Ace filmmaker Gautam Vasudevan dons the role of director for this special and it is produced by The Rowdy Pictures.

On bringing this beautiful love story to audiences, the makers said “This story is more than just the fairy tale wedding. The intention behind making Nayanthara: Beyond The Fairytale was to take audiences on a journey through how these two souls found each other, how they love and support each other, and how they gear up for the next step in their lives. It is so much more than a story of a wedding - it is a special story of two beautiful individuals building a life together and we can’t wait for fans to take a sneak peek into this story.”

Coming to Rana Naidu, it is presented by the real-life uncle-nephew Daggubati duo who play a father and son in the series - Rana Daggubati and Venkatesh Daggubati. The show is all about mass appeal along with a whole lot of action and thrills. Taking place in Mumbai, Rana Naidu is about a guy who does the dirty work for the city’s most powerful people - in other words, Naidu is a fixer. However, the drama unfolds when his father is unexpectedly released from prison, setting off a chain of events that could change everything. Produced by Locomotive Global Inc and Sunder Aaron and directed by Karan Anshuman and Suparn S Varma, this thrilling series stars Rana Daggubati, Venkatesh Daggubati, Surveen Chawla, Sushant Singh, Abhishek Banerjee, Suchitra Pillai, Gaurav Chopra, Ashish Vidyarthi, among others.

On bringing together the real life nephew-uncle duo, the makers shared, “Adapted from the original Showtime series, Ray Donovan, Rana Naidu is a series that combines heart pounding action with heart felt drama. Rana, a celebrity fixer, and Naga, his estranged father, come together onscreen for the first time and pack each episode with both chemistry and kinetic energy that will have you on the edge of your seats throughout. Pull out your phone and add Rana to your speed dial list, cause the best fixer in town is closer than you think!”