Nayanthara and Vignesh Shivan tied the knot on June 9 this year. The couple posted a series of pictures from their wedding via their Instagram handle. Several big names from the Bollywood as well as the South Indian film industry such as Shah Rukh Khan, director Atlee, legendary Rajinikanth, Ajith, and Thalapathy Vijay marked their presence at the fairy-tale wedding. 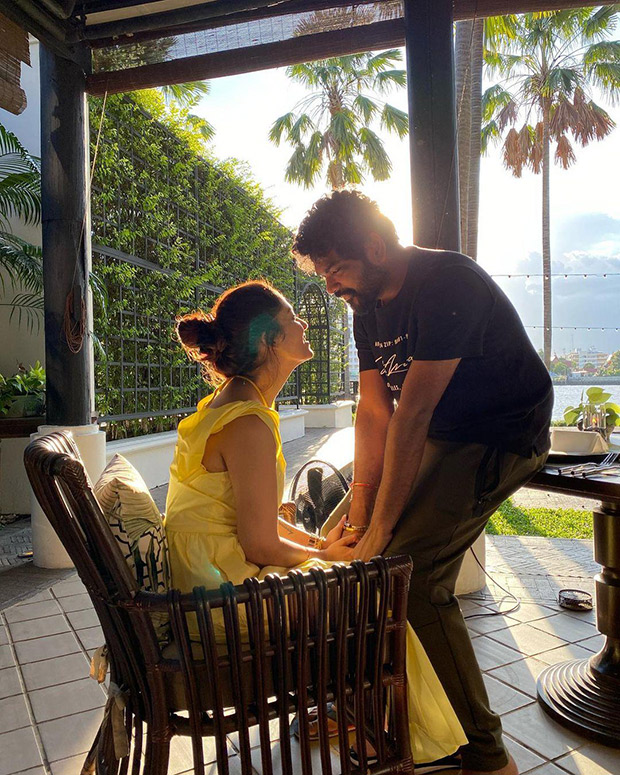 The newlyweds are presently having the best time of their lives in Thailand. The happy couple, on their honeymoon in Thailand, taken the opportunity to share their lovely pictures on their social media handles.

Vignesh posted a series of adorable pictures from their honeymoon and the fans have gone bonkers over the duo’s pictures. Nayanthara and Vignesh are throwing major couple goals as they are all heart eyes for each-other in the recent pictures. The actress can be seen in a pretty yellow dress while Vignesh is seen in casual wear.

Vignesh shared the picture of the two of them on his Instagram handle and the caption said, “In #Thailand with my Thaaram.”

The pictures went viral over the internet as soon as they were posted. Not only fans but several celebrities also reacted to the duo’s pictures. Kajal Aggarwal graced the comment section with the heart-eyed emoji.

The couple also visited Kochi to meet Nayanthara’s mother. All of them were spotted at a restaurant, having a good time. The pictures of the trio from the local restaurant went viral over the internet as the fans are eager for even a glimpse of the newly married couple.

Work wise, Nayanthara will soon be seen in Atlee’s Jawan opposite Shah Rukh Khan. This film will mark the actress’s first film with the Bollywood heartthrob.