South Indian superstar Nayanthara's upcoming film Mookuthi Amman will have a direct to digital release. It has been confirmed that the film directed by RJ Balaji and NJ Saravanan will be released on Disney+ Hotstar VIP owing to the pandmeic. 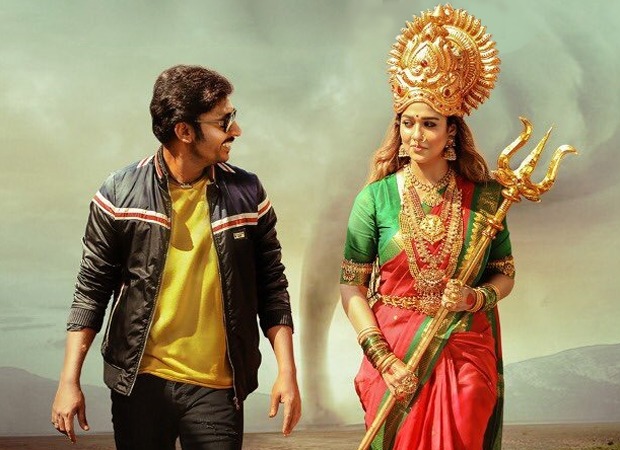 In a webinar hosted by the platform Disney+ Hostar VIP, RJ Balaji announced that the film will be released digitally. The director also took to his Twitter handle and shared a new poster and revealed that it will be a Diwali release.

Releasing the new poster, RJ Balaji said, "There is nothing greater than the joy of being able to entertain people through great movies. Mookuthi Amman is one such movie that I think will resonate with people. For a lot of people Diwali is incomplete without any new movie releases, that too with these tough times people need some happiness and I promise that our film will bring that joy and celebration in this festive season; I am excited to announce that Mookuthi Amman is all set to release as the Diwali blockbuster on India’s biggest streaming service Disney+ Hotstar VIP as a Diwali special – it truly is home delivery of Kollywood."

The shooting of the film was wrapped up in February this year. Mookuthi Amman is a political satire which is the story about the entry of Mookuthi Amman into a poor family. The film which is expected to be a fun-filled drama will see Nayanthara as a Goddess. Mookuthi Amman features Nayanthara, RJ Balaji, Moulee, Urvashi, Smruthi Venkat, and Ajay Ghosh in lead roles.