Naga Chaitanya Akkineni starrer Telugu-Tamil bilingual project under the direction of filmmaker Venkat Prabhu went on the floors a couple of months back. The film has Krithi Shetty as the female lead. NC22, which is expected to be one of the most expensive films in Chaitanya’s career, finally gets its title and it has been named Custody. The makers also released the first look of the actor in his role as a police officer, earlier today on the occasion of the actor’s birthday. 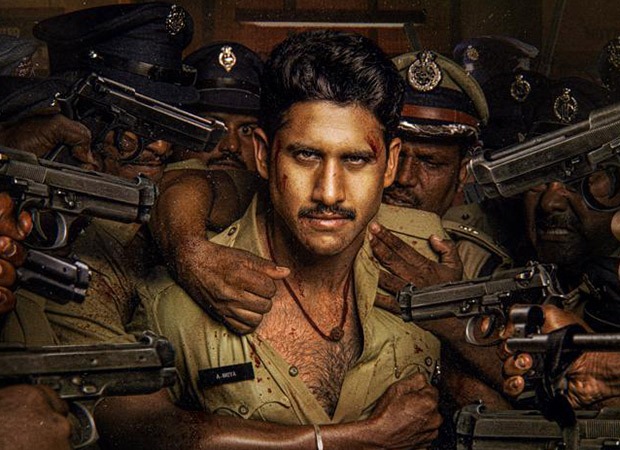 Naga Chaitanya starrer NC22 gets a title; named as Custody

With Naga Chaitanya turning 36 on November 23, the makers unveiled a special surprise for his fans and revealed the intriguing title of his next, which was temporarily referred to as NC22. The film, which is now titled Custody, will be seeing Naga Chaitanya in a ferocious avatar. Speaking about the recently released poster, a source close to the film said, “The makers wanted to showcase the honest and determined police officer avatar of Naga Chaitanya in the poster. He is like ‘A Shiva’ who stands tall against all odds to be the change he wishes to see. It appears that he must fight his own system for something in which he believes and stands.”

The source went on to add, “The passionate filmmaker Venkat Prabhu wanted to present Chay in an entirely new avatar that is impressive and exciting. He is also known for giving each of his films a unique tagline. Similarly, the tagline for Custody is 'You Must be the Change You Wish to See in The World’”

Besides Naga Chaitanya and leading lady Krithi Shetty, the film will see Arvind Swami who will be playing the antagonist along with Priyamani who will be seen in a powerful role. The film's ensemble cast also includes Sampath Raj, Sarathkumar, Premji, Vennela Kishore, and Premi Vishwanath, among others.

The legendary father-son duo Maestro, Isaignani Ilaiyaraaja and Little Maestro Yuvan Shankar Raja are all set to compose the songs for this movie. While Abburi Ravi will be penning the dialogues, SR Kathir is handling the cinematography. With Pavan Kumar presenting this film, Srinivasaa Chitturi is producing it under Srinivasaa Silver Screen banner.

Also Read: Naga Chaitanya and Venkat Prabhu unveil this new poster of NC 22; to release the first look of the film on November 23