It is a known fact that Mammootty and B Unnikrishnan were collaborating for the film. Taking the project further, the title has been locked for the movie. The thriller has been titled Christopher along with a tagline that reads, ‘Biography of a Vigilante Cop’. The makers also unveiled the title poster of the film. 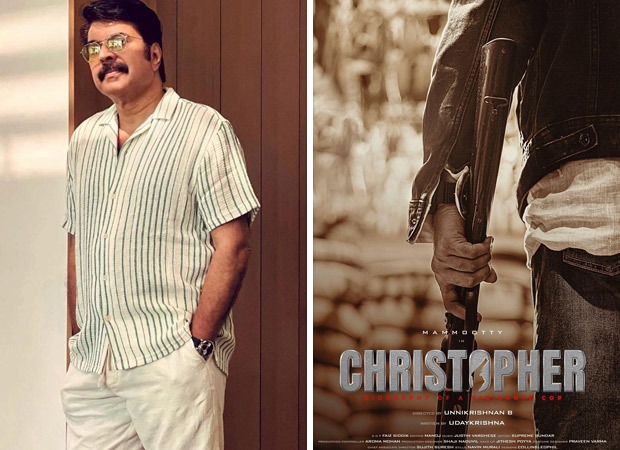 Although the look of the actor is under wraps, the poster does give a sneak peek into the action packed avatar that Mammootty will be sporting in the film. Just like the poster says, the actor will be seen in the role of a police officer. If sources are to be believed, the shoot of the movie is in progress and it will be extensively shot in many places across Kerala including Ernakulam, Pooyamkutty and Vandiperiyar.

Film is being produced RD Illuminations whereas Udaya Krishna has written the screenplay of this thriller film. Sneha, Amala Paul and Aishwarya Lekshmi are the heroines in the film. The film also marks the Malayalam debut of South Indian star Vinay Rao who will be seen in an important role.

Christopher will also feature Shine Tom Chacko, Dileesh Pothan, Siddique, Jinu Abraham, Vineetha Kosi, Vasanthi and along with thirty five newcomers. The cinematography of the film is done by Faiz Siddique whereas the music is composed by Justin Varghese.

Also Read: Mammootty’s CBI 5: The Brain gets a release date; megastar all set to return as Sethurama Iyer