Malayalam film superstar Suresh Gopi who will be ringing his birthday on June 26 treated fans with the character poster of his upcoming film which will also mark his 251st film. 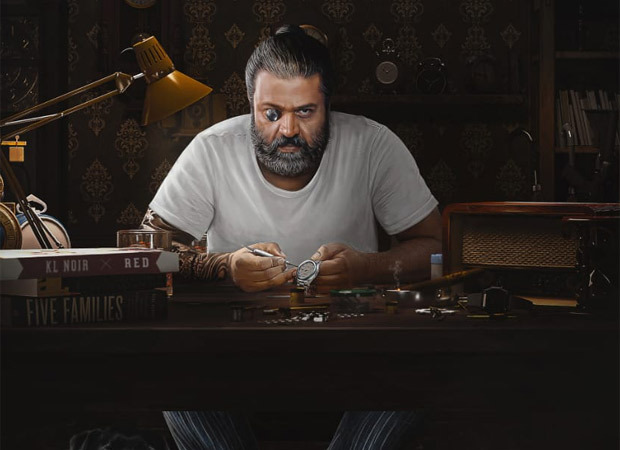 In the poster shared by Suresh Gopi, he is seen in a pajama and white banyan, sitting in a room full of clocks and watches, and is repairing one. He also has one eye covered with a piece of metal and sports salt and pepper hair and beard. His character also has a full-length hand tattoo and a dog sitting by his side.

"Character reveal poster from #SG251. Delighted to share it with you all!," Gopi wrote sharing the character poster.

Superstar Mohanlal also took to his Twitter handle to unveil the poster and send out a warm birthday wish in advance to his Manichitrathazhu co-star. "Unveiling the character-reveal poster of my dear friend @TheSureshGopi's 'SG251' on the eve of his birthday. All the very best to you, Suresh! Sending you warm birthday wishes in advance," he tweeted.

Directed By Rahul Ramachandran and produced by Ethereal Entertainments, the film is written by Sameen Salim. The rest of the crew and the title of the film will soon be unveiled.

National Film Award winner Suresh Gopi has enthralled the audience with films like Lelam, Pathram, Ekalayavn, Janakan, Bharathchandran IPS, and many others. He was last seen in the film Varane Avashyamund which reunited him with Shobana on screen. The film also starred Dulquer Salmaan and Kalyani Priyadarshan.