KGF star Yash, fondly known as Rocky, has now become a global celebrity. With the stupendous success of KGF Chapter 2, he has become an audience favourite. The actor was recently seen celebrating 75th Independence Day, with Karnataka Chief Minister. The actor attended a Youth Festival organized by the University of Mysuru as part of ‘Azadi Ka Amrit Mahotsav’ along with the Karnataka Chief Minister Basavaraj Bommai. 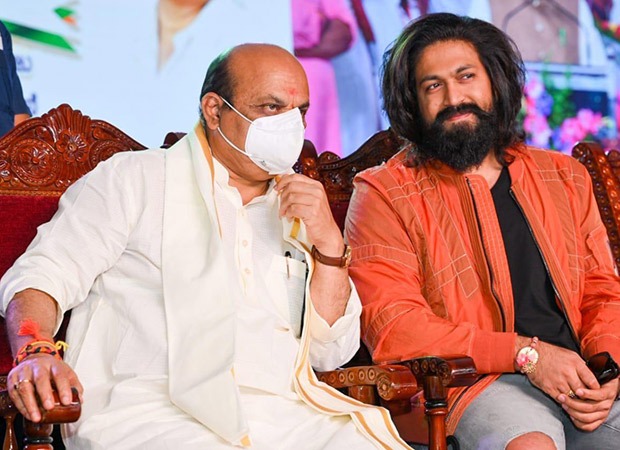 The 'Yuvajana Mahotsava' aka Youth Festival was held at the Maharaja College Grounds in Mysore. The event saw KGF star Yash also having a chat with the Karnataka CM Basavaraj Bommai, who was present there to inaugurate the event. From what we hear, the actor also gave a speech to the students where he spoke about his student life and how he feels the immense love when he interacts with the students of this generation. The actor also motivated the students about fine-tuning little things in life which lead to bigger results. The superstar also mentioned the importance of self-confidence and how he takes immense pride in the Kannada film industry for the kind of respect it is garnering all across the nation and worldwide.

Yash gained massive stardom with the success of KGF Chapter 1 as the actor came to be known as Rocky Bhai. Furthermore, the second instalment of the film, which featured some renowned Bollywood stars like Sanjay Dutt and Raveena Tandon, set a benchmark with its success as the film registered record-breaking numbers at the box office. Even on the OTT platform the film is also earning a lot of love from the masses. Rumours have it that Prashanth Neel and Yash are working on the third instalment of KGF.