Keerthy Suresh and Nithiin starrer Rang De hit the theatres this year in March just before the country witnessed the devastating effects of the second wave of the pandemic. Now, the Tollywood romantic drama is streaming on OTT platform Zee5 since Saturday, June 12. 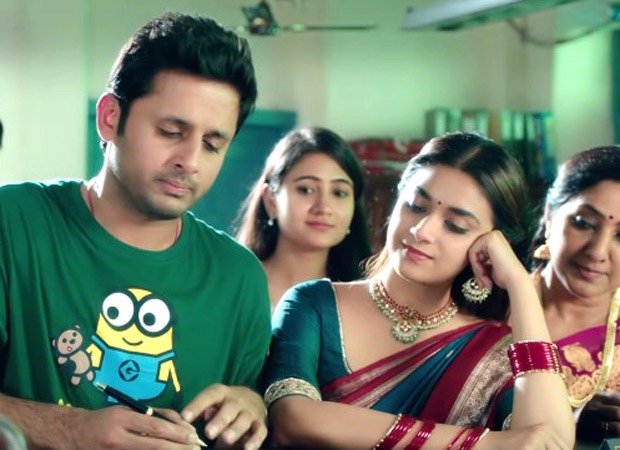 The makers of Rang De had announced on May 31 that the film will be released on the OTT platform. However, they had not revealed the date and time of the release of the film on the streaming platform. Sharing the news on Friday, actor Nithiin wrote on his social media, “The colors of life - love, fun & emotions comes to your home.”

Directed by Venky Atluri, Rang De features Keerthy and Nithiin in the lead. The film also stars Sai Kumar, Naresh, Kausalya, Rohini, Brahmaji, Vennela Kishore, and Vineeth among others. The film which was released on March 26 opened to mixed reviews by critics and audiences.

Meanwhile, Keerthy Suresh who has multiple films in her kitty in the South is currently working on the Telugu film Sarkaru Vaari Paata along with Mahesh Babu. She is also part of Rajinikanth starrer Annattthe and Mohanlal starrer Markkar:Arabikadalinthe Simham.

On the other hand, Nithiin was last seen in the film Check. He is also playing the lead role in the Telugu remake of 2018 Bollywood movie Andhadhun, reprising Ayushmann Khurrana’s role from the original.