With South films like KGF Chapter 2, RRR roaring at the box office, yet another multi-starrer is all set to hit the big screens over the weekend. We are talking about Ulaganayakan Kamal Haasan starrer Vikram. The dark, gritty drama has already garnered much attention from moviegoers. Now, the superstar is all set to appear on national television as a part of its promotions. The Kapil Sharma Show, which is in the final leg of the ongoing season, will be hosting Vikram stars as its guests in the finale episode over the weekend along with the cast of Jugjugg Jeeyo. 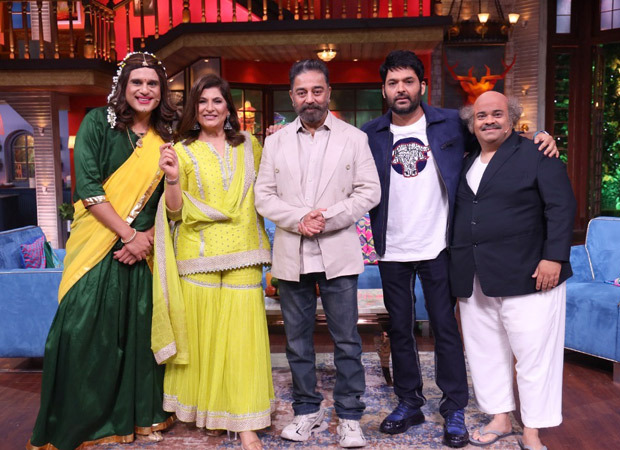 The Kapil Sharma Show: Vikram actor Kamal Haasan will be the guest for the pre-finale episode

Just a day ago we had reported that the team of the Dharma entertainer Jugjugg Jeeyo will be a part of The Kapil Sharma Show. But before their arrival, on the Saturday episode as the show celebrates the last ride of this season, it will host the evergreen star Kamal Haasan, who will be promoting his upcoming thriller Vikram on Saturday. Joining host Kapil Sharma will be the rest of the team show including Kiku Sharda, Chandan Prabhakar, Krushna Abhishek, Sumona, and of course Archana Puran Singh as they bid adieu to the viewers with a promise that they will return with The Kapil Sharma Show, soon on Sony Entertainment Television.

The episode is expected to feature many interesting moments like the viewers will get to see Kamal Haasan crooning the popular lullaby song 'Surmaiyi Ankhiyon Mein' and also his rendition of 'Ae Zindagi Gale Lagale', both from the film Sadma along with Kapil Sharma.

In concluding the season, Chandan Prabhakar, Kiku Sharda, Krushna Abhishek, and Sumona would all come on stage one last time to say goodbye to the viewers and appreciate each other on this journey that they had together. The weekend is expected to feature a big celebration on The Kapil Sharma Show as it takes the last bow of the season.