KGF, the surprise blockbuster of 2018, which catapulted its  leading man Yash to nationwide superstardom, is now  in the process of getting itself a sequel. The shooting of KGF - Chapter 2 has started and there is a look (thick beard and hair covering the face) on the internet that’s being  credited as Yash’s ‘look’ for KGF - Chapter 2. 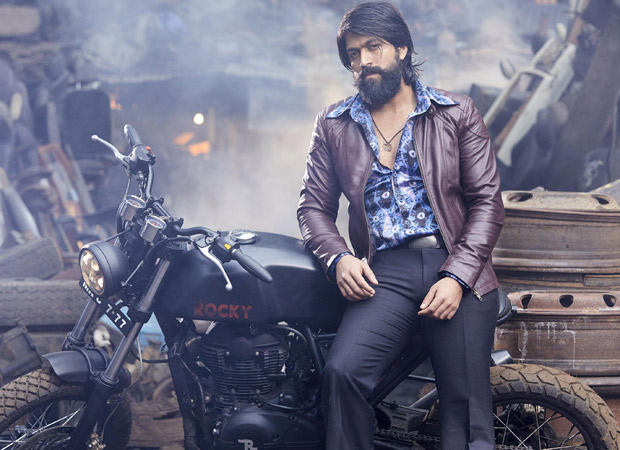 “Ignore that picture,” Yash laughs when I catch up with him at the gym where he is accosted by fans for pictures. “They know my timings at the gym”.

As for the picture. “That’s not my look for KGF 2. It’s a fan’s imagination of how I should look in KGF. I am not revealing my look so early. Let the audience get curious. We are going to ensure KGF 2 lives up their expectations.”

The casting is yet to be fully decided. “We are in the process of casting for two of the main roles. I know there were reports about a big name from Bollywood (Sanjay Dutt). Let the decision be taken,nthen we’ll announce. Right now, we are still in talks. We haven’t approached anyone with the  thought that he is a big name.We are going strictly  by the  suitability of an actor for a character. I think the  script is the real hero of KGF. Even I am not  the hero in KGF. I am the villain. The anti-hero, if you want to call it that.”

This is not to undermine the Bollywood film industry  in anyway.

Explains Yash, “All I am saying is, the actors are being cast according to the suitability, not for their  star status. Yes, we’ve approached couple of big Bollywood names. But only because they suit the roles. If these Bollywood names are not available to us, we will find other actors. KGF needs no star names, not even me.”

I tell him that’s taking his humility too far and he replies, “I am not new to success and attention. I had a fair amount of both before KGF and I hope I will continue to have it after KGF. It’s important to stay connected to your roots and not get carried away.”

Yash became a proud father of a daughter in December 2018. All his fans want to know her name.

Says Yash, “We are yet to name her. It will be done at a ceremony in a few months. In the meanwhile,  everyone in the family has a nickname for her. I call her Rasogulla.”

Also Read: KGF Chapter 2 will be bigger and better REVEALS Yash and here’s what he has to say!