Ever since their idol has announced that he will be foraying into the fashion industry with his label ‘House of Khaddar’, there was a wave of anticipation among Ulaganayagan Kamal Haasan’s fans for the launch of the same, which took place on 15th November in Chicago. 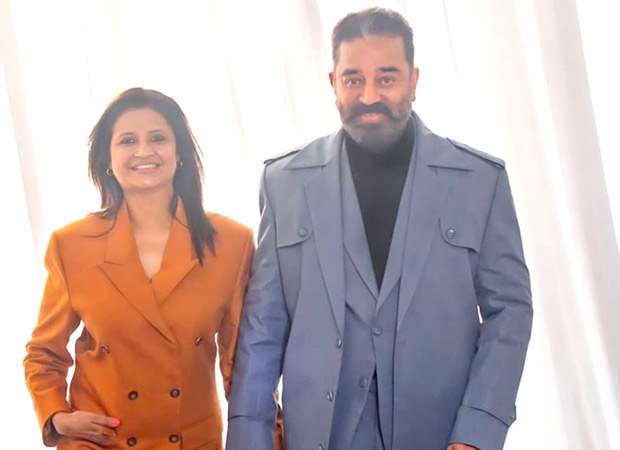 The superstar presented his clothing line ‘KH House of Khaddar’ and the ‘KH memoir’ fragrance line to the members of the media and VIP guests present at the function. A portion of the proceeds from pre-release sales at the event were donated to Pivoting in Heels, a Non-profit organisation Haasan supports. The product line will be open to public in a couple of weeks time on www.khhk.in .

The idea behind House of Khaddar is to create a clothing line that flaunts khadi as a textile. The generic image that Khadi holds in most people’s minds is about to be shattered as House of Khaddar aims at showcasing the fabric in a chic, cool and modern avatar that will appeal to the youth of the nation. The label also aims at uplifting and bettering the lives of the handloom weavers in India. The fragrance line is inspired by the ancient use of scent in every religious ceremony or prayer.

Commenting on the brand, designer of 'KH House of Khaddar' Amritha Ram says, "This is part of the big fashion dream every designer has because it is a validation of your work and this opportunity coming from Mr. Kamal Haasan makes all the difference. It means the boss believes that the product is desirable enough to translate itself to the market. The greatest joy for me in putting together this collection is to be able to create a kind of fashion democracy. We as a brand want people to understand the concept of inclusivity and fluidity. These are increasingly important conversations, given our current environment. Sustainability has to be on your mind as a designer today; it’s our responsibility. If we consume less, the world will become more sustainable."

On launching his debut fashion line in Chicago, Kamal Haasan says "Chicago is a special city with rich history. The desi culture here speaks for itself. We needed the right city to showcase our brands. The population here understands both fragrance and clothing more than anywhere else in North America.”

When asked about collaborating with any celebrity or athelete to endorse KH Brand Line, He says "If the celebrity and or athlete shares our vision and can maintain the brand standard we would keep in consideration. We want to make sure we collaborate with the right individuals to gain the right scope for both lines of business."