Ever since Radhe Shyam was announced, it has become the hot topic of tinsel town, superstar Prabhas’ pairing with Pooja Hegde looks absolutely amazing and everyone is eager for the film. Earlier this month, the makers of the film released the first looks of Pooja and Prabhas’ character in the film with Prabhas being the most recent one. 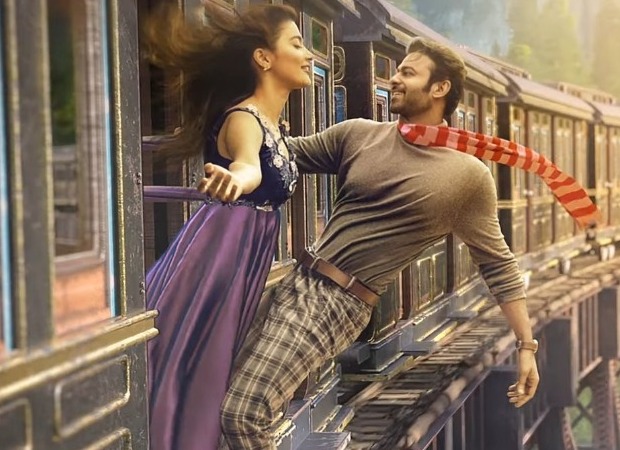 Now, on ocassion of the star’s birthday, the producers have released a beautiful motion video that starts off in the middle of a mystical looking forest with nothing but a single train track in the midst of it. The scene then zoom’s into the approaching train to reveal famous love couples from different cultures and time periods stationed in different compartments to a final glimpse of Vikramaditya and Prerana that will leave you intrigued.

Prabhas shared the video on his Instagram with the caption,“Welcoming you all to the romantic journey of #RadheShyam. #BeatsOfRadheShyam”

Radheshyam is suggested to be an epic love story set in Europe. The movie stars Pan India star Prabhas and Pooja Hegde in the lead. The film will also feature Sachin Khedekar, Bhagyashree, Priyadarshi, Murali Sharma, Sasha Chettri, and Kunaal Roy Kapur among others and will be released in Hindi, Telugu, Tamil, Malayalam and Kannada.

The cinematography for the film has been done by Manoj Paramahamsa and is edited by Kotagiri Venkateswara Rao. Nick Powell has done the action and stunts for the film with choreography by Vaibhavi Merchant and sound design by Rasool Pookutty. Thota Vijaybhaskar and Eka Lakhani are the costume designers with Tarannum Khan for make up and Roshan as the hairstylist.

The stills from Radhe Shyam have been shot by Sudarshan Balaji, Kablian served as the publicity designer and Aadore Mukherjee was the casting director. The production designer for the film was Raveender.

Radhe Shyam will be a multi-lingual film and is helmed by Radha Krishna Kumar, presented by Gulshan Kumar and T-Series. It is produced by UV Creations.

ALSO READ: Radhe Shyam makers release the much-awaited first look of Prabhas as Vikramaditya ahead of his birthday