Last Updated 20.10.2021 | 8:52 AM IST
feedback language
follow us on
Bollywood Hungama » News » South Cinema » Fahadh Faasil hands over Rs 10 lakhs from the profit of C U Soon to Film Employees Federation of Kerala

Actor Fahadh Faasil and filmmaker Mahesh Narayanan recently gave Rs 10 lakhs to the Film Employees Federation of Kerala to support its members during this time of crisis. The money provided to FEFK was from the profit earned by the film C U Soon which was produced by Fahadh Faasil. 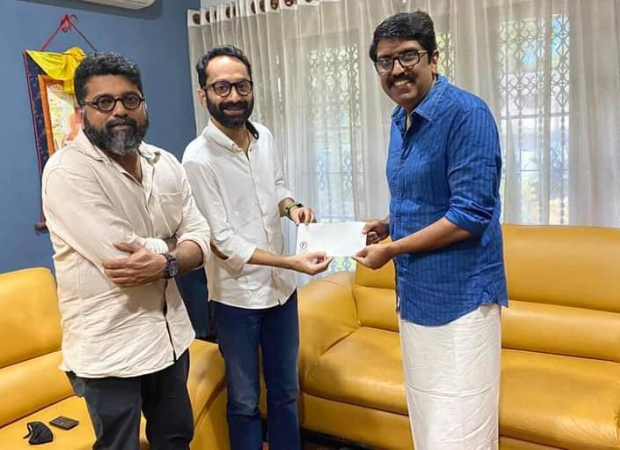 C U Soon was released on September 1 on Amazon Prime Videos. The film which uses a screen based narrative was shot , edited and released during the lockdown. The film starred Fahadh Faasil, Roshan Mathew and Darshana Rajendran in the lead and was much appreciated by the audience and critics alike.

Meanwhile, director Mahesh Narayanan and Fahadh Faasil have been working on the film Malik for quite some time and were supposed to release the film in April. However, the release has been delayed because of the pandemic and the makers plan to wait until the theatres reopen to release the film.

ALSO READ: EXCLUSIVE: “Giving too much information is also risky,”- C U Soon director Mahesh Narayanan on limitations of screen based format