Netflix original Pitta Kathalu is the first Telugu anthology on the platform and is being helmed by Tharun Bhascker, Nandini Reddy, Nag Ashwin, and Sankalp Reddy. All four short films revolve around the theme of power dynamics in romantic relationships with women as the central characters. In an exclusive conversation with Bollywood Hungama, all four filmmakers revealed their most memorable moments on the sets. 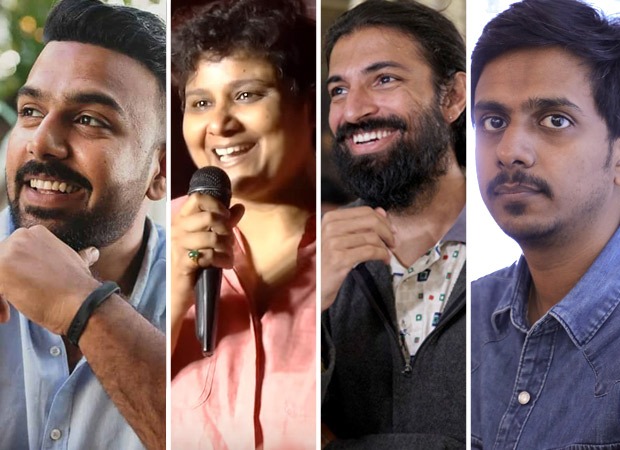 Nandini Reddy who made the short titled Meera starring Amala Paul and Jagapathi Babu says, “I had some 2-3 shots of sexual content and everybody was like how are we going to do this . It was really hilarious because all the boys were really nervous but Amala was really cool. They were sweating it out and we had to reassure them. We were trying to choreograph between me, Amala and my DOP and everytime my DOP came up with an idea we were like ‘Woahhhhh’ and look at him and embarrass him. So it was the girls who were ragging the boys.”

Tharun Bhascker who made Ramula set in the backdrop of a rural village spoke about his experience of shooting a make out scene discreetly. “There were making out scenes in the village and we had taken permission and touched the feet of many elders in the village saying, ‘This guy is going to make a good name for the village’. And I am shooting a make out scene in their house without their knowledge. We played really massy Telugu songs and told them that downstairs we are just shooting a song. If they had caught a glimpse of what we were doing we would have been stoned to death,” Tharun said.

Nag Ashwin who made a virtual reality world in his short X-Life starring Shruthi Haasan and Sanjith Hegde said, “ For me it was one day I had to shoot a lot in one hotel which was very expensive. I don't think I ever shot so fast. I shot some 14-15 setups that day. When that day was done, I was so relieved. I don't know what I shot but I was so happy.”

Sankalp who shot Pinky, however, feels every moment was memorable. He had his film ready much before the pandemic hit the country. “I shot this in 2019, Sept-Oct. I shot for 7-8 days. For me the most memorable moments are these interviews than those making days,” he said jokingly.

“So everyday was memorable, nothing particular . We were shooting as professionals and were not seeing it as any short film but as a regular film,” he added.