Father-son actor duo Nagarjuna Akkineni and Naga Chaitanya are all set to reunite on-screen for the upcoming Telugu film Bangarraju. The duo had earlier shared the screen in the film Manam. Ahead of the release of the film, the duo had a fun conversation with Bollywood Hungama. 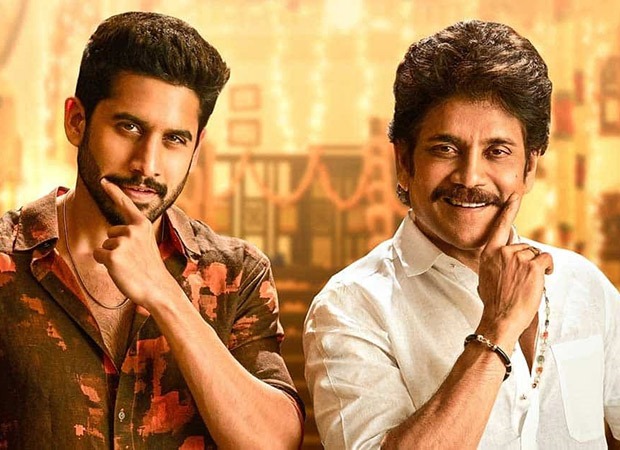 The father-son pair who adore each other is also aware of each other’s work and their quiz results with Bollywood Hungama were proof of the same. The quiz began with a question about Nagarjuna's first film as a child artist in a 1967 Telugu film. While Naga Chaitanya stumbled over the question, Nagarjuna revealed that his first film appearance was not in 1967. “The first film I was in I was eight months old. It was in a film called Velugu Needalu,” he said.

However, he added that the first time he has heard in a film was the 1967 film Sudigundalu. Naga Chaitanya revealed that he was not aware of this.

In the following question, Nagarjuna was asked Naga Chaitanya’s character name in his debut film Josh. Nagarjuna got it wrong. In the questions that followed, the two got most of the answers right about each other’s profession.

Meanwhile, their film Bangarraju will hit the theatres on January 14. Apart from that, Nagarjuna and Naga Chaitanya will also be seen in two different Bollywood films as well. While Naga Chaitanya will mark his debut with Laal Singh Chaddha with Aamir Khan, Nagarjuna will play a special role in Ranbir Kapoor and Alia Bhatt starrer Brahmastra.

ALSO READ: “Shah Rukh Khan and Nagarjuna made massive cameos in Brahmastra because they believed in the film” – Karan Johar