Tamil actor-writer RJ Balaji will be making his directorial debut with the upcoming film Mookuthi Amman starring Nayanthara in the lead. In the film, Nayanthara plays the role of a Goddess and comes into the life of a news reporter (RJ Balaji ) and his family. The film which is a political satire is a light-hearted take on the politics of religion.The trailer which released a few days ago has been well received by the audience and somw have drawn similarities to previous films like Akshay Kumar starrer OMG and Aamir Khan starrer PK. In an exclusive chat with Bollywood Hungama, director RJ Balaji talks about the inspiration behind the film. 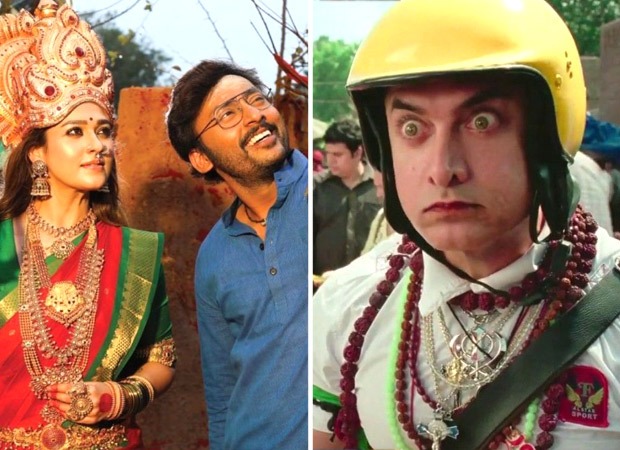 Talking about what got him interested in the subject, Balaji said, “The inspiration is the timing, the society that we live in today. After my last film LKG, I had no idea what I wanted to do next. I was promoting the film before its release and suddenly one random day I was reading something in the paper and then I thought I wanted to do a film like PK, OMG for my next film. So, a film with a message in it but very relevant to the time we live in. When I wanted to make something like PK, I approached Rajkumar Hirani sir for the rights and moneywise it did not work out. That's the time I thought we have to come out with our own story. Inspiration is just the place, the time we live in.”

Mookuthi Amman marks the directorial debut of RJ Balaji. He is a well known RJ and actor in Tamil cinema. The film also features veteran actress Urvashi. Mookuthi Amman is scheduled to release on November 14 on Disney+Hotstar.