Nation Film Awards conducted the much-delayed award ceremony to applaud the performances for 2019! Actor-filmmaker Dhanush won his second National Award in the Best Actor category for his performance in Asuran in 2019. He shared the award with Manoj Bajpayee who won the Best Actor for Bhonsle. “I woke up to this amazing news of being honoured with the Prestigious national award for ASURAN. To win one best actor award is a dream, to win Two is nothing short of a blessing. I never imagined I would come this far,” Dhanush wrote in his statement. 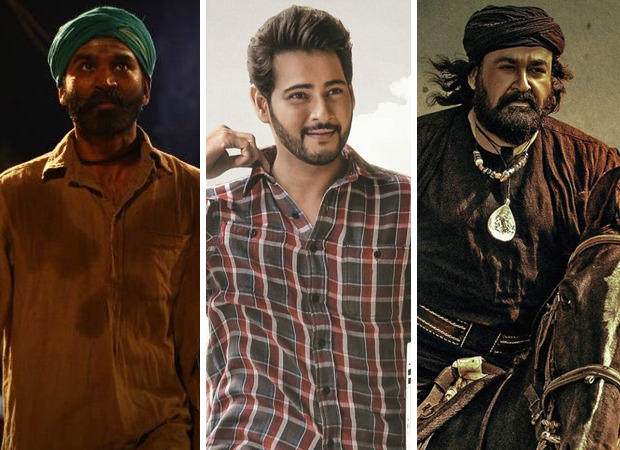 “Vetri, never thought when I met you at Balu Mahendra sir’s office that you would become a friend, companion and a brother. I am so proud of the four films we have worked on together and the two films we have produced together. I am very glad you chose to believe in me so much and I chose to believe in you. Now can’t wait to hear what you have written for me next. A big hug,” he added.

Thanking his co-stars Manju Warrier, Ken Karunas and TeeJay Arunasalam and his fans, he added. “I sincerely thank the NATIONAL AWARD Jury for this award AA, I thank my producer Thanu sir for all the support. I thank the entire ASURAN team especially my family my dear Pachaiyarnma Manju, my Chidambaram Ken and my Murugan Teejay. Thank you GV for ‘Vaa Asura, The blood bath song.”

At the 67th National Film Awards ceremony, Mahesh Babu's Maharshi bagged two awards - Best Popular Film Providing Wholesome Entertainment Award and Best Choreography Award. Expressing his happiness, he wrote, "Honoured and humbled to have received this prestigious recognition!! #Maharshi will always remain special. Proud of @directorvamshi for bringing a socially relevant story to light. Big thank you to the jury, the entire team of Maharshi and our audience.”

Mohanlal starrer Marakkar Arabikadalinte Simham won Best Feature Film, Best Special Effects and Best Costume awards at the National Film Awards 2019. He dedicated the award to Indian Navy. Sharing the pictures from the celebration, the actor wrote, "My sincere thanks2 all who supported. I join @aashirvadcine in celebrating & dedicate it to the glory of #IndianNavy."

It is an affectionately proud moment for any father to see his children getting recognised for excellence in their chosen field of activity. 1/2

Dedicating this overwhelming moment to all such fathers out there in the world aspiring to see their children being succesful and happy. Thanks @Mohanlal, @antonypbvr, Team Marakkar and to all those who supported me . 2/2#MarakkarLionoftheArabianSea