The National-Award winning superstar Dhanush will be joining hands with director Arun Matheswaran for a period film set against the backdrops of the 1930s-40s. Titled Captain Miller the film is expected to be mounted on a massive scale and is said to be the biggest budgeted film in Dhanush’s career. 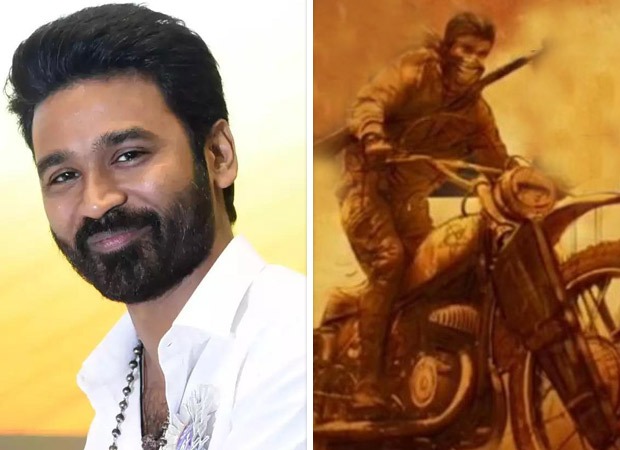 A source close to the film spoke about it saying, “While director Arun Matheswaran made few critically acclaimed movies, Sathya Jyothi Films has created an impeccable benchmark in the Tamil movie industry. And Captain Miller had created a huge buzz even before its official announcement, and Sathya Jyothi Films is nurturing this project with scrutinizing efforts to deliver it as a phenomenal cinematic experience for the audiences. To ensure that the project shapes up at its best, the team has undergone one year of the extensive pre-production phase.”

About an hour ago, Dhanush shared the announcement video which featured him in a mask and riding a motorbike holding a rifle on his shoulder. The video progresses in the form of a sketches and slowly it is revealed that Dhanush’s character is named Captain Miller in the film. The significance of his name, the rest of the cast and other details are still kept under wraps. Here, have a look at the post:

Madhan Karky who worked for films like Baahubali franchise, RRR, and Pushpa is penning dialogues for the Tamil version of the movie. The other technicians include GV Prakash Kumar who will be scoring the music, Shreyaas Krishna who will be handling cinematography, Nagooran who will be taking care of editing, whereas T. Ramalingam has been roped in as the art director.

Producer T.G. Thyagarajan of Sathya Jyothi Films spoke about the film adding, “I am elated to announce our prestigious project Captain Miller, which I strongly believe will be one among the promising movies made at a grand scale from our production house. Working with iconic actor Dhanush has always been a great pleasure as our previous collaborations have been successful. When director Arun Matheswaran narrated the script to me and Dhanush, both of us were excited, and wanted to materialize in a grand scale. I have always admired the director Arun’s unconventional thinking and maverick filmmaking methodologies to deliver exceptional movies are extraordinary. When he narrated the script, I was immensely impressed with his idea, and his engrossing screenwriting. It’s great to have music director GV Prakash, whose Midas touch will escalate the stature of this movie. Every single actor and technician in this movie has already carved a niche of excellence, and their contribution is going to elevate Captain Miller to a greater magnitude.”

Captain Miller is a multi-lingual that will simultaneously release in Tamil, Telugu, and Hindi. Presented by T.G. Thyagarajan under the banner Satya Jyothi Films and produced by Sendhil Thyagarajan and Arjun Thyagarajan, the film is co-produced by G. Saravanan and Sai Siddharth.