After many hindrances due to the pandemic, Cannes 2022 in the French Riviera kick started with much fanfare this year. While Indian actresses like Aishwarya Rai Bachchan and Sonam Kapoor, are regulars at the red carpet of this film festival, this year there will be many Indian celebrities attending the festival as Indian delegates with Anurag Thakur. Amidst them were also music maestro A.R. Rahman and Ulaganayakan Kamal Haasan. 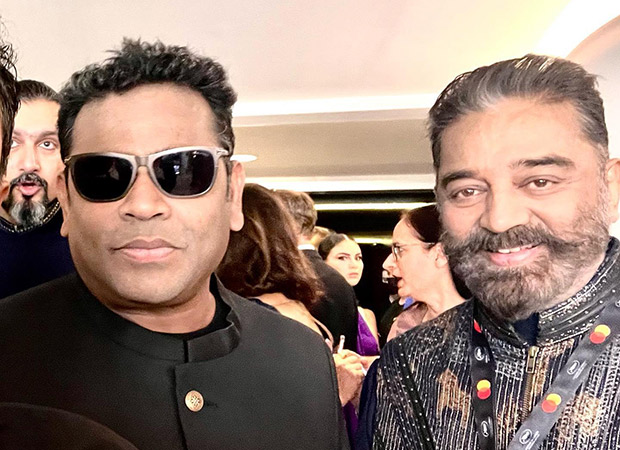 The superstar of Tamil cinema and musical genius came together for this film festival and even clicked a photo together. Needless to say they looked suave, charming and dapper all at once! A. R. Rahman took to Instagram to share a photo with Kamal Haasan. The musician who rarely shares a photo on his social media seems to be all smiles when he met this actor turned politician.

Speaking of their ventures, Kamal Haasan is attending the Festival de Cannes in France to launch the trailer of his film Vikram. The dark and gritty drama also features Vijay Sethupathi and Fahadh Faasil in lead roles. On the other hand, A R Rahman will be launching his directorial debut Le Musk. The film will be premiered at the festival.

Besides these two celebrities, Cannes 2022 will have Deepika Padukone heading the jury. In fact, a day ago, the actress was spotted having lunch with the other jury members. The festival also has Pooja Hegde, Tamannaah Bhatia and others attending as delegates. Aishwarya Rai Bachchan will be attending as L’Oreal brand ambassadors. This year, the festival will also see television actresses like Hina Khan and Helly Shah walking the red carpet. There is no news on whether Sonam Kapoor, who will soon be a mom, will be attending the festival.