Actor Bhagyashree popularly known for her role in the 1989 film Maine Pyar Kiya is all set to make her comeback this year with Prabhas starrer Radhe Shyam and Kangana Ranaut starrer Thalaivi. She recently resumed the shoot of Radhe Shyam and was welcomed with a sweet treat by the leading man of the film. 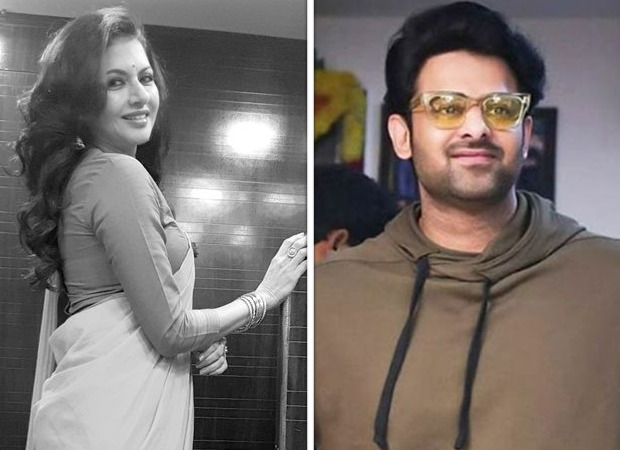 Reportedly, Bhagyashree plays Pooja Hegde's mother in the film with Prabhas as a palm reader. Resuming the shoot of Radhe Shyam, Bhagyashree took to Twitter and shared pictures of boxes of Hyderabadi sweet gifted by Prabhas. "Another stack of the tasty Hyderabadi sweets #pootharekulu Thank you #Prabhas ... you spoil me (sic)," she wrote.

Another stack of the tasty hyderabadi sweets #pootharekulu
Thank you #Prabhas ... you spoil me. pic.twitter.com/em1A6RbGpE

Bhagyasharee shared another picture in which she is seen posing in a saree with elbow length blouse. She completed her look with traditional jewellery. Sharing the monochrome picture, Bhagyashree wrote, "Shoot shuru kare?"

Directed by Radha Krishna Kumar, the makers hope to wrap the film by August or September.