Not too long ago we had reported that Amitabh Bachchan is all set to make his Kollywood debut with SJ Suryah’s Uyarntha Manidan! The superstar has also been posting photos of the Tamil film, which is titled as Tera Yaar Hoon Main in Hindi, on social media. However, now we hear that the film has faced a major setback. The film, directed by Tamilvaan, is expected to face a delay and one of the reasons is getting a production house on board! 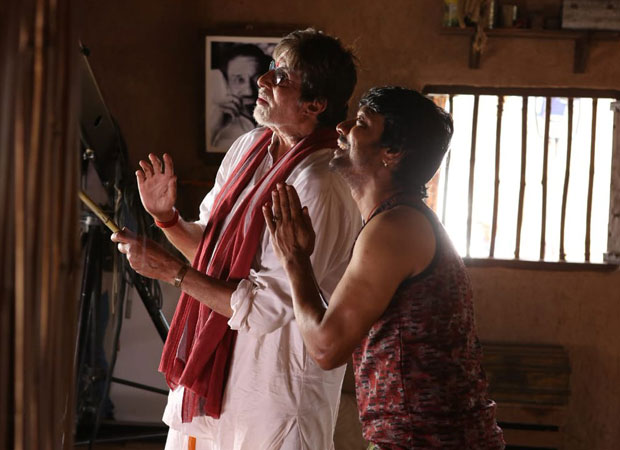 Amitabh Bachchan had announced about his Kollywood debut, Uyarntha Manidan on twitter wherein he had posted photos from the sets of the film, revealing his look. But recent reports claim that the film shoot has been pushed further, even though the first schedule of it has wrapped up. In recent reports, SJ Suryah has addressed these rumours wherein he mentioned about a small issue between Amitabh Bachchan and the production house. Further assuring that the matter will be resolved, he assured that the issue will indeed be taken forward. He also stated that he will be going to Mumbai to resolve the matter soon after the release of his film Monster.

His statement also referred to the varied problems that Suryah faced along with Tamilvaan to get the film till this stage. Hence, he doesn’t want to give up on the matter soon. He also went on to clarify on the matter about how Amitabh Bachchan was kept in the dark when a new production came on board. He maintained that they were contractually bound to inform Amitabh if someone new joins the team but they failed to inform the superstar about a new production house coming on board.

Furthermore, denying rumours that Amitabh didn’t like the way the Tamil - Hindi bilingual was shaping up, Suryah went on to add that Amitabh had already informed them that he can only allot 20 days to finish the film’s schedule. In case, the makers are unable to complete the same, the next set of dates can only be allotted after two months owing to his busy schedule.

Currently, the progress of Uyarntha Manidan aka Tera Yaar Hoon Main is such that they have completed the first schedule and they are yet to finalize the dates for the second schedule. They are waiting for the issue to be solved after which they will announce about the next schedule.