Actor Amala Paul who has made a mark for herself with her work down south has now ventured into production. On the occasion of her 30th birthday on October 26, Amala announced that she has turned producer and also announced her upcoming debut production. 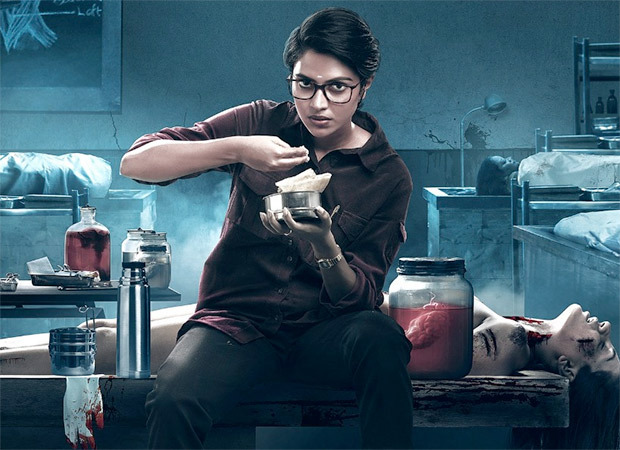 Amala shared the first poster of the film Cadaver which will mark her debut as a producer. Sharing the poster, she wrote, "I’ve been in the industry as an actress for 12 years,144 months, and 4380 days. It’s been such an enriching and rewarding 12 years. I’ve now grown wings to venture into a new line of work. I’m starting my very own production house @AmalaPaulProd.”

I've been in the industry as an actress for 12 years,144 months, and 4380 days. It's been such an enriching and rewarding 12 years
I've now grown wings to venture into a new line of work. I'm starting my very own production house @AmalaPaulProd ❤️ (1/many) pic.twitter.com/KALeUBVf5I

The poster features an intense-looking Amala having food in a morgue surrounded by corpses. In the film, Amala will be essaying the role of a police surgeon who takes charge as the investigating officer.

The forensic thriller is helmed by Anoop S Panicker and Director of Photography (DOP) Aravind Singh is also a part of the team. Abhilash Pillai is the screenwriter of the Tamil-Telugu bilingual film.

On the work front, Amala will also be seen in the Tamil film Adho Andha Paravai Pola and the Malayalam film Aadujeevitham in the pipeline.

ALSO READ: EXCLUSIVE: “The character gets judged, personally they attack me” – Amala Paul on taking up unconventional roles

Samantha Akkineni talks about the…