Actor Suriya Sivakumar received police protection at his residence due to the ongoing hurt sentiments campaign conducted by the Vanniyar Sangam over his movie Jai Bhim. The Vanniyar Sangam, a caste grouping for the Vanniya Kula Kshatriyas who are intermediary and dominant caste segment in the Tamil ethnicity, has issued a legal notice to the actor, who is also the producer of the film, for allegedly degrading their caste system. 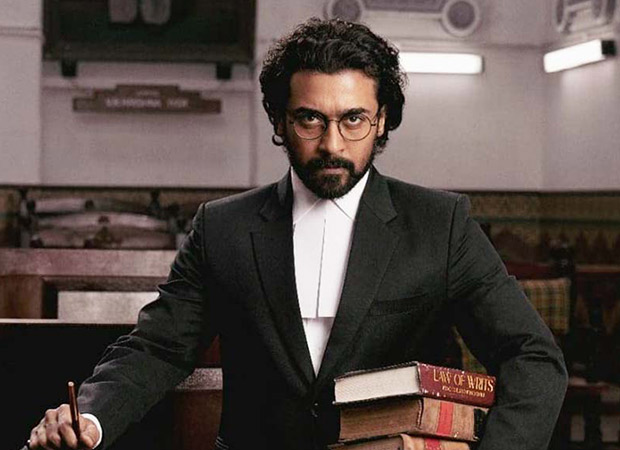 The Vanniyar Sangam has said it has taken exception to the portrayal of their sect even while allowing the reformative strain in the film. Specifically, one of the villains who had inflicted severe torture upon a hapless tribal man is shown as a Vanniyar, alleges the legal notice.

According to the reports, after receiving severe backlash from Dr. Ramadoss, chief of the Pattali Makkal Katchi, and the political party enjoying tremendous patronage of the Vanniyars, Suriya had responded saying he had no necessity nor intention to defame or hurt another individual. He also thanked Thol Thirumavalavan, leader of the VCK, a party expounding the cause of oppressed communities, for supporting the actor vocally.

Since the movie’s launch in early November, it has garnered critical acclaim for telling the story of the Irular tribe, a Scheduled Tribe clan suffering unspeakable hardships in the Tamil society. The movie itself traces the life of an Irular tribal who was beaten to death in a police station because he wouldn’t confess to a crime that he didn’t commit.

The Jai Bhim controversy has also brought out signs of solidarity among Tamil filmmakers. Vetri Maaran, whose made the national award-winning Asuran, said in a tweet, “…It’s only natural that these films cause angst among those who don’t want the status quo to change…" Lokesh Kanakaraj, a young director working with Kamal Haasan on the movie Vikram, also sent out words of support.

Other film personalities, too, have come out in support of actor Suriya. The hashtag #IstandwithSuriya has been trending on Twitter with thousands of tweets supporting the hashtag.