Zee Comedy Factory collaborated with a renowned Marathi comedy show named Chala Hawa Yeu Dya, to promote their Hindi comedy show. The artists of both the shows performed together and had a blast. Director Farah Khan who will be seen judging Zee Comedy Factory also joined everyone on the stage and had double dhamaal with them. The artists are all set to tickle our funny bones by performing 3 days back to back starting from today 9:30 PM on Zee Marathi channel. 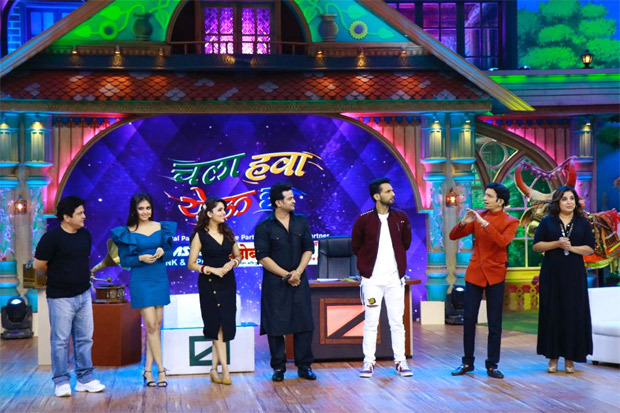 Zee TV has come up with this great idea to spread happiness during this corona period when all are stressed and unhappy. The collaboration not only guarantees laughter but also amplify the audience’s mood. Comedians Ali Asgar, Sugandha Mishra Bhosale, Dr. Sanket Bhosale, Punit J Pathak, Aditya Narayan, Tejasswi Prakash, Gaurav Dubey, Ballraaj, Siddharth Sagar, Chitrashi Rawat and Divyansh Dwivedi will make us burst into bouts of laughter via Zee Comedy Factory. The show will have choreographer cum filmmaker Farah Khan grace the show by adding her laughter during the gigs. It is all set to air on 31st July on Zee TV. The whole team of Zee Comedy Factory visited the sets of Chala Hawa Yeu Dya and they were very happy to have united for a 3 day crazy ride. 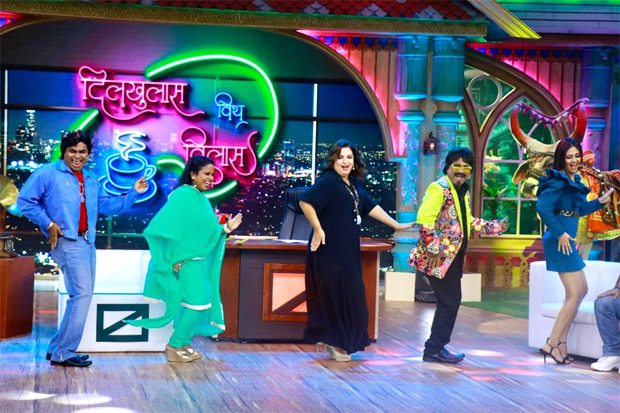 As the artists had a lot of masti shooting among themselves, then the audiences are surely going to have a comical ride. New married couple and comedians Sugandha and Sanket Bhosale were given a dare by Chala Hawa Yeu Dya's judge Swapnil Joshi to enact popular singers of the industry. Their mimicry left everyone in splits. Farah Khan wore her dancing shoes and taught the dance steps of Munni Badnam Hui to the team of Chala Hawa Yeu Dya.

Farah Khan was very happy that she agreed to be a part of this 3 day crazy ride. She praised each and every artist of the show and applauded them for their comical timings. She also assured that like Chala Hawa Yeu Dya, their show Zee Comedy Factory will also make people cheerful during these tough times. At the end she compelled everyone to watch Zee Comedy Factory from 31st July, every Saturday and Sunday, at 10 pm and also watch them on Chala Hawa Yevu Dya from 26th to 28th July at 9:30 pm.

Dr. Sanket Bhosale, one of the comedians of Zee Comedy Factory expressed his delight of being a true Maharashtrian and religiously watching Chala Hawa Yeu Dya with his family members. He also appreciated the fellow artists for their energy and on point punches. He further said that personally it was a joy ride and he can’t keep calm till audiences also watch and like it. 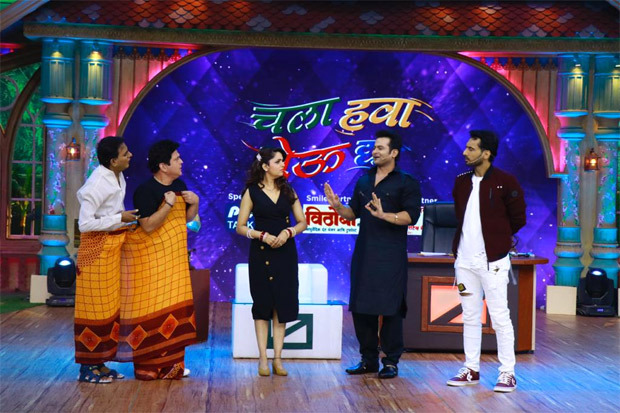